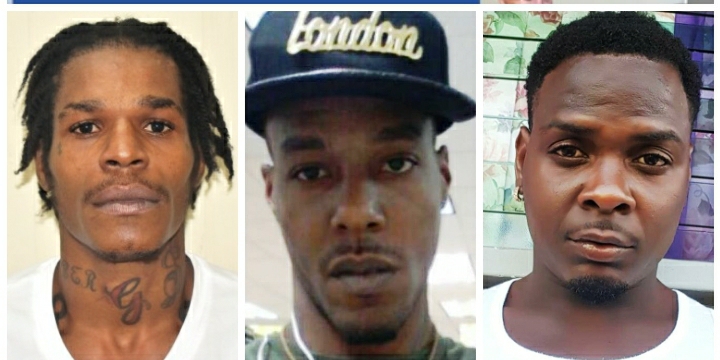 The Police have issued a ‘Wanted Bulletin’ for the immediate arrest of Elijah Ofari Lewis, David O’Brien Fallen, and Mathew Ricordo Edwards all of Cashew Hill.

All three men are wanted in connection with allegations of Aggravated Robbery and other criminal offences. They are believed to be armed and are therefore considered dangerous.

Anyone with information as to their whereabouts is asked to contact the nearest police station or the Criminal Investigations Department at 462-3913 or 463-3914 without delay.

The police are further making an appeal for them to surrender at any police station accompanied by an attorney, or a family member.