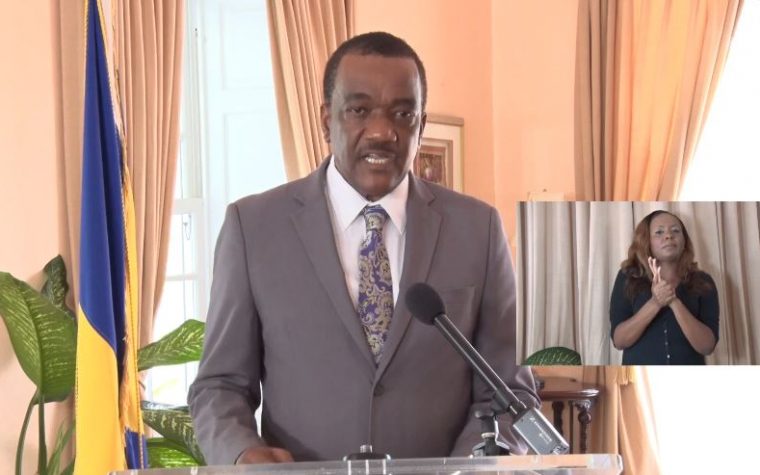 (Barbados Today) – The seizure of 20 ventilators destined for Barbados appears to have thrust the Mia Mottley administration into a growing global battle for critical supplies to fight the outbreak of COVID-19.

But Minister of Health and Wellness, Lieutenant Col Jeffrey Bostic on Sunday morning assured there is no shortage of the critical supplies, dismissing such suggestions as “absurd”.

During a press conference at Ilaro Court, Bostic  revealed that the ventilators donated to the Barbados Government as an act of philanthropy were barred from exportation.

“They were seized in the United States. Paid for, but seized, so we are trying to see exactly what is going to transpire there,” Minister Bostic disclosed.

“But I remind you that ventilators are one of the most in-demand items in the world today and Barbados is merely wrestling with the other 203 countries and territories around the world seeking to secure as many of these pieces of equipment as possible,” he added.

While initially indicating they were part of the $1.4 million in assistance pledged by Barbados-born international pop star Rihanna, he later corrected this and added that five of the ventilators sent by Rihanna would soon reach the country.

The Health Minister did not disclose the U.S. city or state where the seizure took place. But reports of such seizures made news as recently as Friday in New York, where Governor Andrew Cuomo vowed to seize unused ventilators from private entities through an executive order in the hard-hit city.

It is still unclear how Barbadian authorities will respond, but at least for now, the 48 ventilators on island that are currently at government’s disposal appear to be more than enough with only three of the country’s 56 COVID-19 patients in need of ventilators.

“So it is absurd for anyone to say, suggest, imply or insinuate that there is a shortage or could in the foreseeable future be an acute shortage of ventilators on the island,” the Lieutenant Colonel declared.

“We have an adequate amount of ventilators at this point and ventilators have been arriving almost daily over the past two weeks or so. But up to this point, we have only had to use three ventilators,” Bostic added.

On Saturday, Democratic Labour Party President, Verla DePeiza questioned whether enough ventilators are on the island and demanded to know when more would arrive.