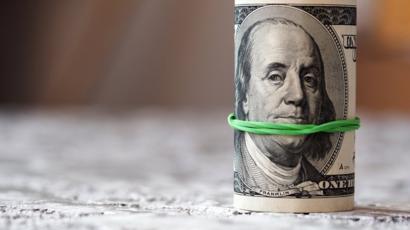 (BBC) – The US budget deficit has hit a record high of more than $3tn (£2.3tn), driven by the government’s massive spending on coronavirus relief.

The federal government spent more than $6tn in the first 11 months of its financial year, including $2tn on coronavirus programmes, the Treasury Department said.

The figure outpaces the $3tn it took in from taxes.

The shortfall is more than double the previous full-year record, set in 2009.

At the time, Washington was grappling with the aftermath of the 2008 housing financial crisis.

Even before the pandemic, the US was on track to run a deficit of more than $1tn this year – large by historic standards.

But the spending approved to try to cushion the financial impact of the virus has exploded those projections.

The Congressional Budget Office this month predicted that the US was likely to run a full-year deficit of $3.3tn, more than triple the shortfall recorded last year. The federal government’s financial year ends in September.

The agency said it expected total US debt to exceed $26tn.

At a hearing in Washington in June, Jerome Powell, the head of the US central bank, told members of Congress that America’s spending path was “unsustainable”, but said reducing the shortfall should not be a priority given the state of the economy.

The economy shrank at an annual rate of more than 30% in the April-June period, its worst quarterly contraction on record. Data suggest job layoffs and business closures are continuing.

Roughly 30 million people – about 20% of the American workforce – remain on some form of unemployment benefits, despite reopening underway, the Labour Department said this week.

Many conservatives in Washington, however, remain leery of further spending.

Republicans this week put forward a $300bn proposal for more aid. The plan failed to advance, with Democrats saying it fell far short of the more than $3tn in relief they support.