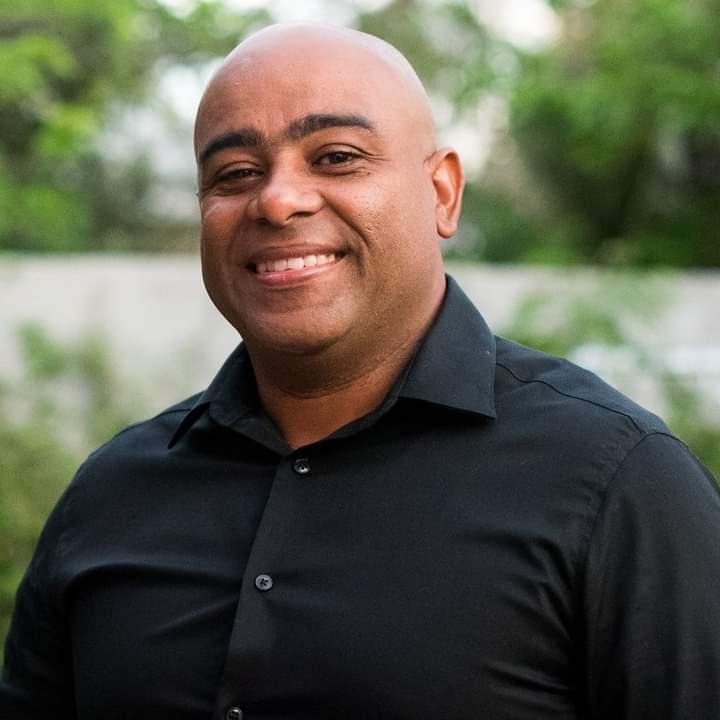 The following is a press release from the United Progressive Party:

The United Progressive Party is pleased to present Franz C. deFreitas as its Candidate-Elect for the constituency of St. John’s City South, replacing Michael Burton.

Burton, who was among the first batch of names released, has been relieved of the responsibilities of candidacy owing to reasons of ill health. He has been off island for several months undergoing medical treatment, and continues to do so at this time and for the foreseeable future.

Accordingly, the Leadership Group, Central Executive, and City South Branch have embraced deFreitas and commend him sincerely for stepping up – at short notice – to represent the Constituency, Party, and Country.

“We see him as a brother coming to the assistance of a wounded soldier,” explains

Political Leader Harold Lovell. “And although Bro. Michael is not with us in this particular contest, he will remain a valued part of our team.”

The Party welcomes deFreitas’ addition to an already distinguished slate, and has every confidence that, with his colleagues, he will be part of the positive change for
which the country yearns.

In the meantime, the Leadership and entire Membership of the UPP continue to pray for Brother Burton to be restored to good health, to his family, and to the people of City South. Our best wishes remain with him always.

Franz Chalver deFreitas was born in the heart of St. John’s City South – the proud community of Ovals – to parents who were life-long educators; and the values learned at
home oriented him towards a life of service to family, community, and national development.

He received his primary education at several institutions, including the Seventh Day Adventist and Jennings Primary, then attended the Princess Margaret School before
moving to Trinidad. There, he completed secondary education at the Caribbean Union College Secondary School.

“Franz,” as he is widely known, is a graduate of Oakwood College in Huntsville, Alabama, where he earned a Bachelor of Science degree in Accounting. He went on to gain
professional experience with General Motors, Salomon Smith Barney, Citco Fund Services, and Bank of New York Mellon in financial and fund accounting capacities.

Franz credits Chesley Z. Joseph (known as C.J. or “Teacher” from Hatton), a prominent self-made businessman, with shaping his spiritual development and work ethic, and
with influencing his later choices in business and entrepreneurship.

In 2008, “with much prayer and supplication,” he says, Franz began consulting on a full- time basis, cultivating a small but consistent group of clients in the United States and the
Caribbean.

Committed to the principle of “lifting as you climb,” Franz committed his talents and skills to improving the economic condition of those who move away from “employment”
and plunge into business. As such, he is a John Maxwell Certified Coach, Speaker and Teacher and has been recognized and awarded by many organizations over the years.

He has lived in Northern Malawi in Africa, where he remains the Executive Director of “Africa Lift Inc.,” which he founded with his wife and children in 2015. It is a New York
registered, tax-exempt, non-profit corporation whose mission is to improve the lives of Africans through education, entrepreneurship and social development.

Franz currently operates Youth LEED in Antigua, a program that develops young people in the areas of Entrepreneurship, Leadership Development, Emotional Intelligence and Public Speaking. He is also a Board member of Antiguans and Barbudans for Constitutional Reform and Education (ABCRE). But Franz is best known as the co-host of Voice of the People and the host of Constitution Corner on Observer Radio.

A motivated, hardworking individual with a passion for his country and its people, Franz is committed to working for our twin-island state, helping to position it as a premier place to live, vacation, retire or do business.

Known as a progressive thinker, a solution seeker, and a man who shares the “People first” philosophy of the United Progressive Party, Franz C. deFreitas is proud to be identified as part of the team that has answered the call to redeem Antigua & Barbuda.