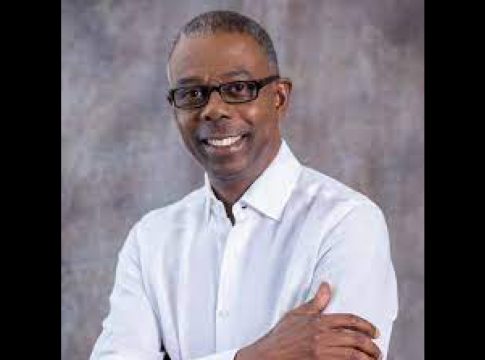 The Opposition United Progressive Party (UPP) is adding its voice to those bemoaning the utterances of Prime Minister Gaston Browne, who recently caused controversy by saying that the late Sir George Walter should not have been made a national hero.

Leader of the UPP Harold Lovell said the party’s executive and membership are standing in solidarity with the Antigua and Barbuda Workers Union (ABWU) in defence of Sir George, and therefore condemn the disrespect meted out to him by Browne.

“PM Browne’s besmirching of Sir George’s legacy is not simply an indication of his own small stature as a statesman. It is a continuation of his shameful attempts to rewrite history in a way that gives credit only to those of his political persuasion,” Lovell said.

He stated that the truth speaks loudly and clearly in Sir George’s favour.

“Every year on December 9, as we honour the pantheon of our heroes, the UPP joins with Sir George’s family to celebrate his towering achievements.

“We do this respectfully and gratefully, recognising that he and his administration left a tangible and valuable legacy for all the people of Antigua and Barbuda and, in particular, the workers of this country,” the UPP leader added.

Apart from the ABWU and the UPP, other political analysts have also weighed in on the issue. One of them is Dr Oswald Thomas, a lecturer and political activist who said that the late Sir George is deserving of his recognition.

He said, too, that national heroes should not be divisive or political figures, because as long as politicians get to nominate national heroes, the matter will always be politicised.

Dr Thomas is suggesting that the selection should be placed in the hands of a non-partisan team.

In the face of all these criticisms, Prime Minister Browne is maintaining his stance.

“My statement was made in response to an article in the Observer, penned by D Gisele Isaac, dated January 4 2022, in which she challenged the naming of certain buildings to celebrate the contributions of Sir Lester, Sir Novelle Richards, and Sir John St Luce,” Browne explained.

He said Isaac “conceitedly” argued that they were not deserving and, in his response, he reminded her and others how they lowered the bar for national hero to include Sir George.

“I stand by my statement and my opinion that Sir George’s one term as premier, his brief stint as General Secretary of the AT&LU and his unfortunate incarceration for misbehaviour in public office, involving the steel frame, does not rise to the level of national hero,” the PM said.

Browne added that he believes that Sir George’s greatest fleeting success was his utilisation of the office of General Secretary of the AT&LU to undermine Sir Vere Cornwall Bird to achieve power.

Antiguan stalwart awarded posthumously for his contribution to the performing arts

Antiguan stalwart awarded posthumously for his contribution to the performing arts