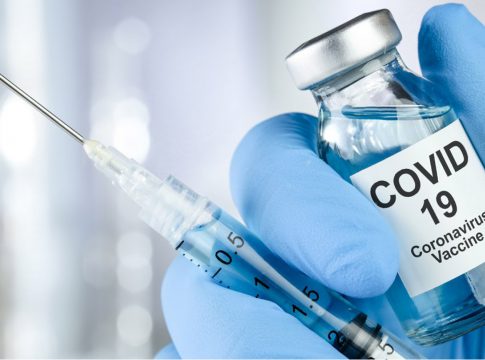 Two government employees who are taking legal action against the government after being sent home from work for not taking a Covid-19 vaccine, will return to court on January 13.

The public sector jab mandate was first announced in September and it stipulated that all public sector workers must have at least one dose of a Covid vaccine before returning to work.

Failure to do so after October 1 would result in them not being paid.

Unvaccinated workers without a medical or religious exemption attempting to enter the workplace, and who refused to leave when asked, would risk being fined EC$500 or sentenced to a month in prison.

Attorney Lawrence Daniels is challenging that vaccine mandate – based on several grounds – on behalf of two women employed in the public service who were sent home without pay.

The matter was adjourned to allow both the plaintiff and respondent to submit their skeletal arguments.

In October the Antigua and Barbuda Public Service Association (ABPSA) also challenged the policy but their matter was dismissed in the High Court, reportedly on the grounds that the association did not have the authority to put forward the motion given the current state of emergency and that the association is reportedly not a duly registered body.

The union filed the petition for judicial review in late September claiming the mandate was “unreasonable,” “irrational” and “disproportionate,” among other things.

The association also sought a stay of the policy and amendment, pending the final determination by the High Court.

On December 1, public sector staff were allowed to return to work regardless of their vaccination status, two weeks after government announced it was reversing the policy. Unjabbed workers must however provide a negative antigen test every two weeks.