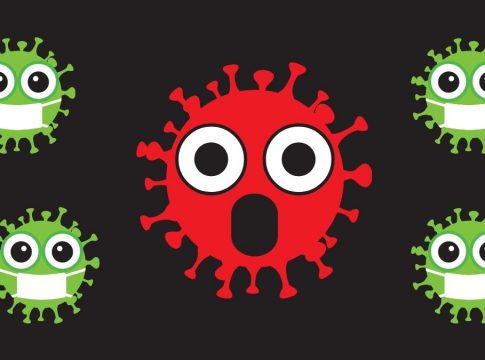 Our jaws fell when we heard the news last week. Apparently, the dreaded Delta variant is here in our fair State. Not that we were overly surprised. After all, the authorities had been warning us that it was not a matter of ‘if’, but rather ‘when’ the Delta would raise its ugly head here. Seems, that moment has arrived.

Of course, the Delta variant is considerably more contagious and deadly than any of the other coronaviruses, and it behooves us to remain ever vigilant. We hate to sound like a stuck record, but we adjure the public to steadfastly continue the mask-wearing, hand-washing and social distancing regimens. For the foreseeable future.

Meantime, we encourage all those Antiguans and Barbudans who have not yet been vaccinated, to step up and take the jab, as a matter of urgency. The vaccines save lives – they reduce the chances of serious infection, and significantly reduce the chances of death as a result of the infection. By getting vaccinated, you are helping protect yourself and your family, and your friends and colleagues. As the saying goes, EACH VACCINATED, ALL PROTECTED. It is a truism! At a figure just south of 38,000 vaccinated souls, we are still a ways yet from the holy grail of herd immunity. Our Cabinet notes of last week suggest that we still need another 30,000 persons to step up and take the shot. Hopefully, with the added choice of the Sinopharm vaccine, some of those who have been hesitant will join the queue to be jabbed.

Unfortunately, here in this blessed land of ours, there is oft-times a surfeit of foolishness surrounding the question, “To be . . . vaccinated, or not to be  . . . vaccinated,” and much to our disgust, it comes from the mouths of some in high places. The latest outrage is that public servants and others will have to be vaccinated or else compelled to test twice per month, at their expense. We’re talking $600.00 per month, from their already meagre pay checks.  As you have already figured, our public servants will not be able to afford that kind of expense, and many will be forced to take the vaccine, notwithstanding their legitimate reservations and questions. We suggest that this is a highhanded and bullying measure to force their hand.  Talk about “No man may buy or sell unless he has the jab.” It is a twist on the Biblical forecast about the Anti-Christ and the end of days. Hmmmmmm!

We understand that one group will be staging a protest this morning and another group on August 8th, 2021. We support their right to protest. After all, we here at NEWSCO will forever be with those  who are willing to take a stand for that in which they believe. As one of our founders, the immortal Winston Derrick, was quite fond of saying, “While we may not agree with your position on an issue, we will fight to the last breath in defense of your right to express yourself on that issue.”

Meanwhile, with all the new chatter surrounding mandatory vaccinations  – eg: sending folks home without pay, if they refuse to take the vaccine, and refuse to pay for the twice-monthly testing,  and so on and so forth, we really wish that those in high places, who can’t seem to hush, would at least tone down the belligerent and unhelpful rhetoric. The campaign to achieve herd immunity should be waged with a more vigorous  education effort, and more gentle persuasion, not by bludgeoning the hesitant over the head. Cabinet should be guided accordingly. And yes, let us hear more from the voices that we trust – voices like Dr Lester Simon, and Dr Dwayne Thwaites, rather than those in high places who are viewed with so much cynicism. We’re talking about they who usually skewer the discourse and muddy the water with their foolish utterances and their hidden agendas.

Ah, the foolish utterances of those in high places, especially the highest of the high. They remind us of that which was once said by Bassiano in Shakespeare’s MERCHANT OF VENICE: “Gratiano speaks an infinite deal of nothing, more than any man in all Venice. His reasons are as two grains of wheat hid in two bushels of chaff: you shall seek all day ere you find them, and when you have them, they are not worth the search.” Sigh! Uh, oh! Here comes more of that  . . . ‘infinite deal of nothing’ from the highest of the high in high places. Look out! It’s flying fast and furious! Dook dong!

Stay safe, folks! This Delta variant is no joke.