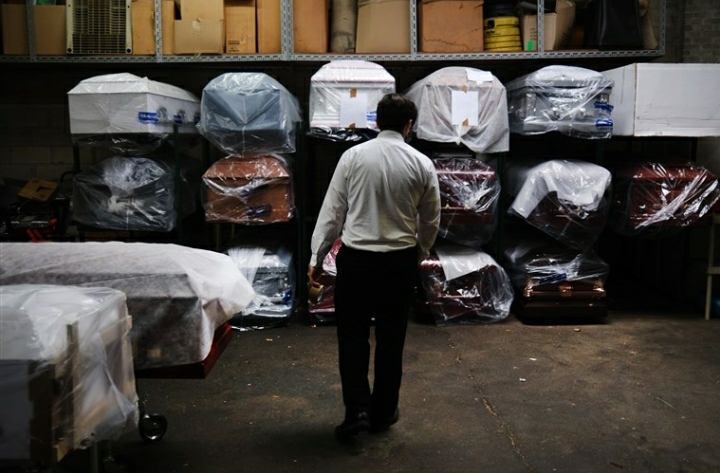 (Nbcnews) – The United States has recorded a quarter-million Covid-19 deaths, the latest NBC News numbers showed Wednesday, and the death rate has been accelerating in recent weeks as cases have been surging across the country.

The 250,000th death was logged Wednesday morning, the data revealed.

In the last four weeks there has been a 42 percent increase in the number of fatalities, from a weekly average of 821 per day in early October to last week’s average of 1,167 fatalities per day, according to an NBC News analysis of the available data.

And, a year after the first Covid-19 infection was reported in China, people were dying in America at a pace not seen since mid-August, the analysis showed.

Meanwhile, the number of confirmed Covid-19 cases continued to climb rapidly and the pandemic showed no sign of slowing down as the holiday season loomed and two very promising vaccines were still months away from widespread distribution.

In addition to deaths, the U.S. leads the world with 11.4 million Covid-19 infections, the NBC News figures showed.

The grim numbers were piling up as President Donald Trump continued to balk at conceding the election to President-elect Joe Biden. As a result, the Democrat’s Covid-19 team has been trying to prepare to take over the responsibility of fighting the pandemic without access to information currently in the hands of the White House coronavirus task force led by Vice President Mike Pence.

“Our team cannot communicate with them,” Dr. David Kessler, a member of Biden’s advisory committee, said. “The sooner the Biden transition team can meet with officials working on these questions, the more seamlessly the transition will be the American people.”

And a lot of the information the Trump team is sitting on is dire.

In an internal report obtained Tuesday by NBC News, the White House coronavirus task force warned there is “now aggressive, unrelenting, expanding broad community spread across the country, reaching most counties, without evidence of improvement but rather, further deterioration.”

Also, the task force report warned that current efforts to stop the spread “are inadequate and must be increased to flatten the curve” and that the upcoming Thanksgiving holiday has the potential to “amplify transmission considerably.”

That message was undermined by Dr. Scott Atlas, one of Trump’s top pandemic advisers, who during interviews on Fox News this week appeared to encourage large Thanksgiving family gatherings and dismissed any talk about the rising number of deaths as fearmongering.

“Yes, there are people dying,” Atlas said Tuesday on the “Brian Kilmeade Show.” “But those deaths, the number of deaths, it’s not exploding like it did back in the spring.”

Atlas, a conservative ideologue who is a radiologist and not an expert on infectious diseases, has been accused of, among other things, peddling misinformation about herd immunity and making false claims about the effectiveness of masks at preventing the spread of Covid-19.

The federal Centers for Disease Control and Prevention and the world’s top public health experts say masks protect both the wearers and everybody else from infection.