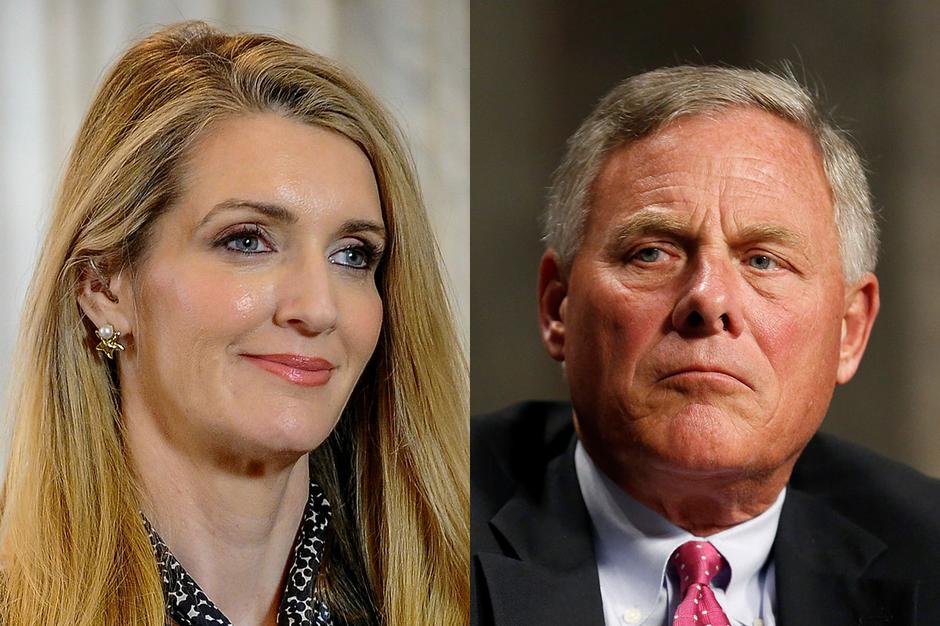 (Reuters) – Two Republican U.S. senators defended themselves on Friday against heavy criticism, including calls that they resign, for selling large amounts of stock before the coronavirus-induced market meltdown and after closed-door briefings on the outbreak.

Senate Intelligence Committee Chairman Richard Burr sold up to $1.7 million worth of stock on Feb. 13 in 33 separate transactions after offering public assurances the government was ready to battle the virus. His financial filings were first reported by ProPublica.

Senator Kelly Loeffler also sold millions of dollars in shares in the weeks after lawmakers were first briefed on the virus, according to public filings.

Media reports about Burr and Loeffler, who have denied wrongdoing, prompted calls they leave office and other criticism from people as disparate as a progressive Democratic lawmaker and a conservative commentator.

The controversy came as Republican and Democratic senators worked with President Donald Trump’s administration to try to hash out a massive bill to boost the U.S. economy as it reels from the effects of the coronavirus pandemic.

After negotiating all day, they told reporters late Friday that they had not yet reached a deal, but would resume their talks on Saturday.

Burr had made public comments in line with fellow Republican Trump’s early assurances that the country could easily deal with the outbreak. Trump’s tone has since become much more serious.

But the senator, whose committee position means he receives regular classified briefings on threats to the United States, told a private Washington luncheon two weeks after the stock sales that the coronavirus was much more aggressive “than anything that we have seen in recent history,” according to a recording obtained by National Public Radio.

Burr said he relied only on public news reports to guide his decision on the Feb. 13 stock sales.

“Understanding the assumption many could make in hindsight, however, I spoke this morning with the chairman of the Senate Ethics Committee and asked him to open a complete review of the matter with full transparency,” Burr said in a statement.

Loeffler, who was appointed to the Senate and took her seat in January, sold up to $3.1 million in stocks in 27 transactions from Jan. 24 through mid-February, as first reported by The Daily Beast. The report said the sales began after she participated in a private coronavirus briefing for senators.

Loeffler said she was informed of the transactions three weeks after they occurred and that she is not involved in investment decisions for her portfolio.

“This is a ridiculous and baseless attack,” she wrote on Twitter. Loeffler is vying to keep her seat in a special election in November.

Trump said the senators should “possibly” be investigated.

“They said they did nothing wrong. I find them, the whole group, very honorable people,” he told reporters.

Critics across the political spectrum called on Burr and Loeffler to consider resigning or at least explain the sales.

“Senator Burr owes North Carolinians an explanation,” fellow North Carolinian and Republican Senator Thom Tillis wrote on Twitter. “His self-referral to the Ethics Committee for their review is appropriate, there needs to be a professional and bipartisan inquiry into this matter.”

Democratic Representative Alexandria Ocasio-Cortez tweeted, “It is stomach-churning that the first thoughts these Senators had to a dire & classified #COVID briefing was how to profit off this crisis.” Ocasio-Cortez is a prominent member of the party’s progressive wing.

Conservative Fox News commentator Tucker Carlson told viewers on Thursday: “Maybe there is an honest explanation for what (Burr) did. If there is, he should share it with the rest of us immediately. Otherwise, he must resign from the Senate and face prosecution for insider trading.”

Republican Senator James Inhofe and Democratic Senator Dianne Feinstein also sold stock, according to filings, but both said they were not involved in the transactions. Neither has faced the same scrutiny as Burr and Loeffler.

Inhofe said he has divested most of his stock and is not involved in investment decisions. Feinstein’s money is in a blind trust.

The controversy swirled as negotiations continued on a rescue plan for the reeling economy, after Republicans made a $1 trillion opening bid that included payments of up to $1,200 for many Americans.

After negotiating late into the evening, senators and administration officials told reporters they would not reach a deal for a bill on Friday as they had hoped. But they were to meet again on Saturday to try to pass a bill quickly.

Aid to small businesses hard-hit because customers are staying at home appeared to have broad support. But the sides were struggling with issues including Democrats’ demand for a major expansion of the unemployment insurance system and state governors’ call for $150 billion to help respond to the virus.

“Both sides have some issues that are important priorities and it takes some time to check,” Democratic Senator Ron Wyden told reporters.