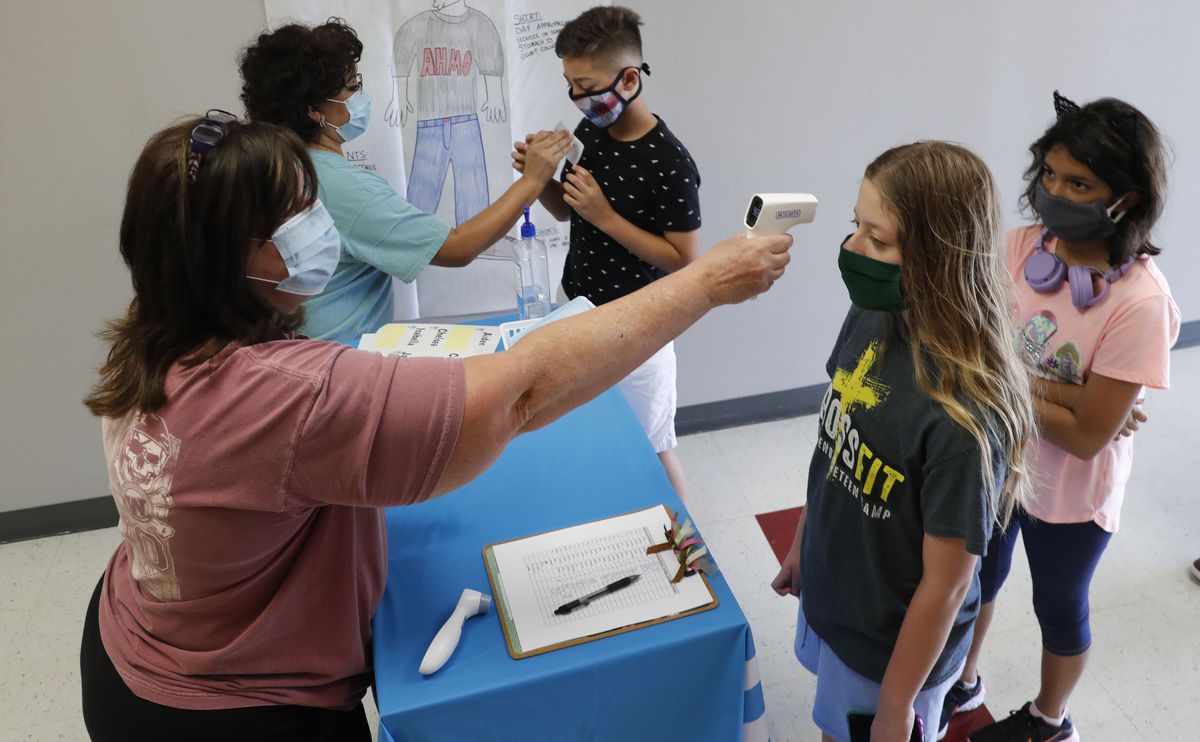 (CNN) – More than 97,000 children in the US tested positive for coronavirus in the last two weeks of July, a new report says.

The report, published by the American Academy of Pediatrics and the Children’s Hospital Association, said in those two weeks, there was a 40% increase in child cases across the states and cities that were studied.

The age range for children differed by state, with some defining children as only those up to age 14 and one state — Alabama — pushing the limit to 24.

The compiled data comes during back-to-school season as health officials are trying to understand the effects of the virus on children and the role young peopleplay in its spread. Some schools have begun welcoming crowds back to class and others have had to readjust their reopening plans in response to infections.

In one Georgia high school that made headlines after a photo of a crowded school hallway went viral, nine coronavirus cases were reported, according to a letter from the principal. Six of those cases were students and three were staff members, the letter said.

While some US leaders — including the President — have said the virus doesn’t pose a large risk to children, one recent study suggests older children can transmit the virus just as much as adults. Another study said children younger than 5 carry a higher viral load thanadults, raising even more questions about their role in transmission.

At least 86 children have died since May, according to the new report. Last week, a 7-year-old boy with no pre-existing conditions became the youngest coronavirus victim in Georgia. In Florida, two teenagers died earlier this month bringing the state’s death toll of minors to seven.