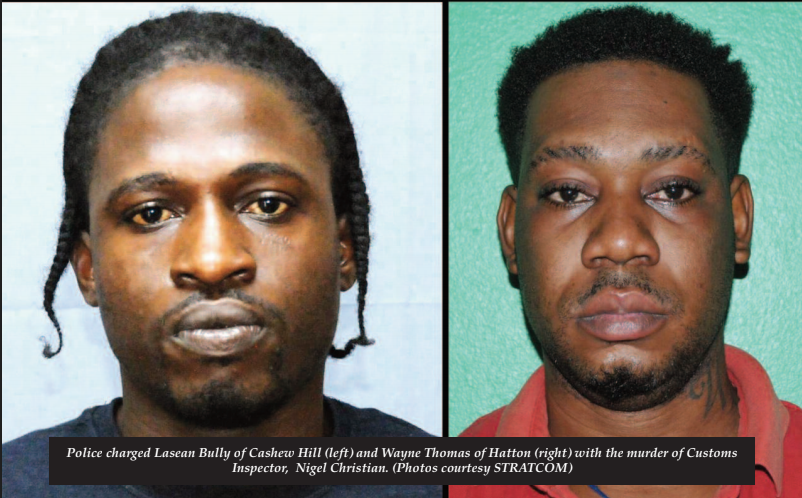 Two men are in police custody charged with the murder of senior Customs Officer, Nigel Christian, who was abducted from his home and killed on July 10th last year.

A statement from the Police’s Strategic Communications Unit (STRATCOM) noted that both of the accused had been taken into custody earlier this week and were being questioned as part of their months-long investigation.

Commissioner of Police Atlee Rodney said he is pleased with the arrest, and the significant amount of progress that has been made into the investigation so far.

“He pointed out that the investigation, to begin with, was a very complex matter, one which required in-depth forensic analysis and the interviewing of a number of people, and constant consultation with the Director of Public Prosecution,” the police statement read.

This comes as welcomed news to residents, including Christian’s friends and family members who had waited anxiously and protested month after month for answers to his murder.

The news of the duo’s arrest comes at least three weeks after Prime Minister Gaston Browne revealed that the police had identified a suspect. He also said that he had been questioned as part of the investigation.

Christian was allegedly abducted from his home at McKinnons on the afternoon of Friday 10, July 2020 and was later found dead in the Thibou area, with what appeared to be multiple gunshot wounds about his body.