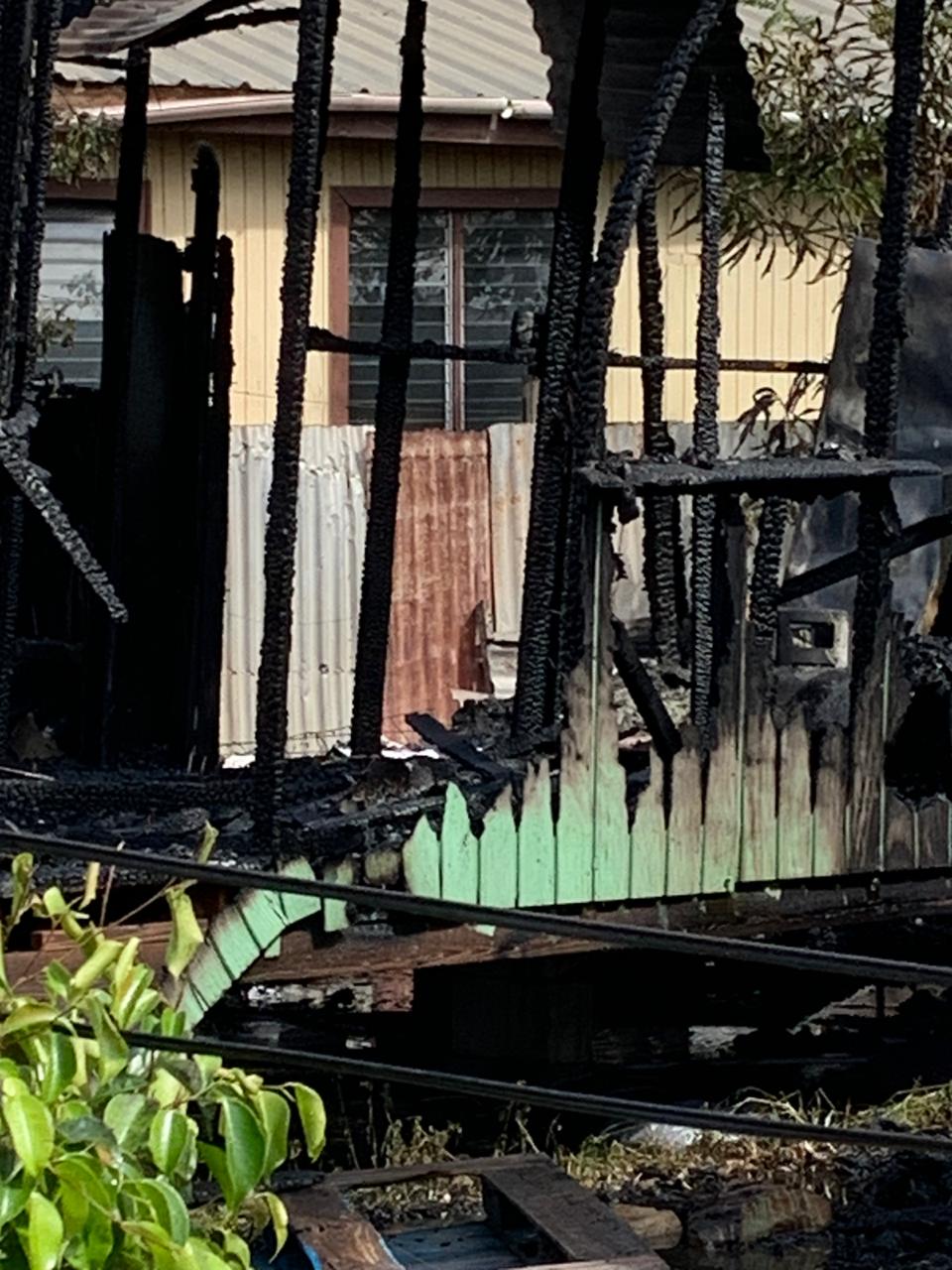 Two Skerritts Pasture families lost their homes in a horrific blaze yesterday which tore through both properties razing them to the ground.

Firefighters were called to the scene shortly after 10 am on Wednesday. They quickly got to work extinguishing the flames but both houses were “completely destroyed”, Fire Chief Elvis Weaver told Observer.

“From information received, one house was occupied by a lady and her three daughters and the second house by a man and his son,” Weaver said.

The cause of the blaze is currently unknown but investigations are underway, the Fire Chief added.

Both properties are said to be uninsured.

House fires are fairly frequent in Antigua and Barbuda with an average of five or six a month. The Fire Department reported 61 last year, a slight decrease on the 77 house blazes reported in 2019.