Story and photos by Theresa Goodwin

Some of the families who will eventually benefit from the Urban Renewal Development Plan for Booby Alley are expressing a sense of satisfaction despite what they acknowledge is the slow pace of the project.

Yesterday, 12 of those families received the keys to their temporary homes at Bay Street, Villa.

The relocation stage is a major part of the redevelopment plan which will see the structural and environmental rehabilitation of Booby Alley, an area in the Point community.

Dashielle Bailey, one of the new temporary homeowners, told Observer yesterday that she was happy for her family of six.

“The living conditions in Booby Alley are somewhat comfortable because we have been there for so long, but seeing these new houses and knowing that we have more space for our children and better living conditions and a better environment, I am elated,” Bailey said.

Another homeowner, who did not wish to be named, stated, “I am happy because down there is jumbled up and we now have more space. We are thankful to the prime minister because he did not have to do it,” the woman said.

Martin Walcott, one of the first residents to be relocated from the area, also shared that he is pleased with the proposed plans for the project and commends the government for making the bold step.

“It is a very progressive move that has been long in coming. Even before the prime minister got elected, he applied for them to build a fisheries [plant] in Point and he also paved within the alley and take care of the people between there,” Martin said.

During the ceremony, Prime Minister Gaston Browne, who is also the parliamentary representative for St John’s City West, explained that the project has come a long way since it started two years ago.

He said in addition to the 12 keys turned over to the occupants of the homes on Bay Street, a number of other facilities are nearing completion at other sites.

“There are another 10 properties that are close to completion on the Fitzroy Pestaina Street, literally within 100 yards of this location. We are also renting private properties to house a number of residents of the Booby Alley area temporarily. The whole idea is to relocate those individuals temporarily and, within a two-year period, to have the reconstruction of the entire area to build you modern homes,” Browne said.

He added that providing proper housing for his constituents has always been one of his long-term goals and this will be expanded to other areas across the country.

A single concrete road, drains and a walkway will also be completed as part of the project within the coming days.

Early in 2019, there was a major stand-off between the residents of Booby Alley and the police after a family refused to accept a notice for them to vacate to make way for the redevelopment plan.

The situation escalated to near-riot proportions as scores of residents converged on the area and demonstrated their disapproval by blocking the street with furniture and other debris.

The prime minister also visited the scene to appeal for calm, but his attempts failed as residents voiced their displeasure, claiming they were being bullied into accepting eviction/relocation notices. 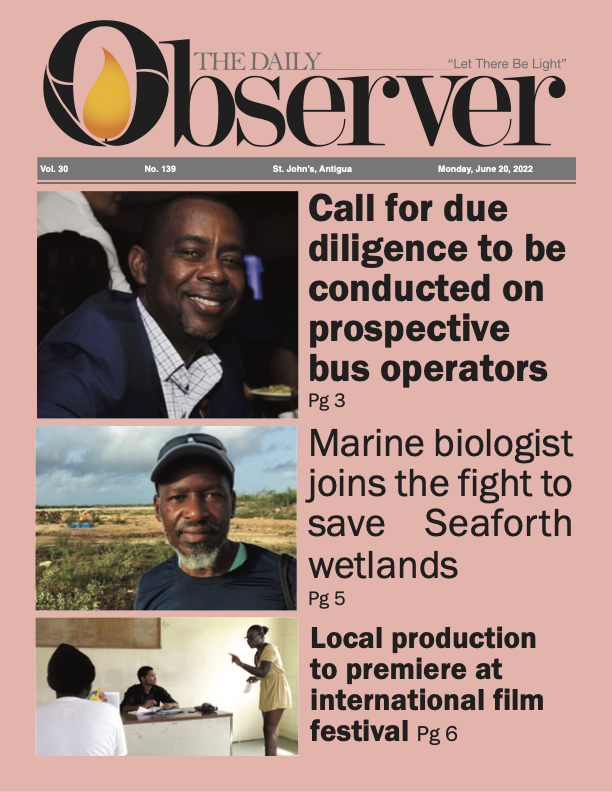