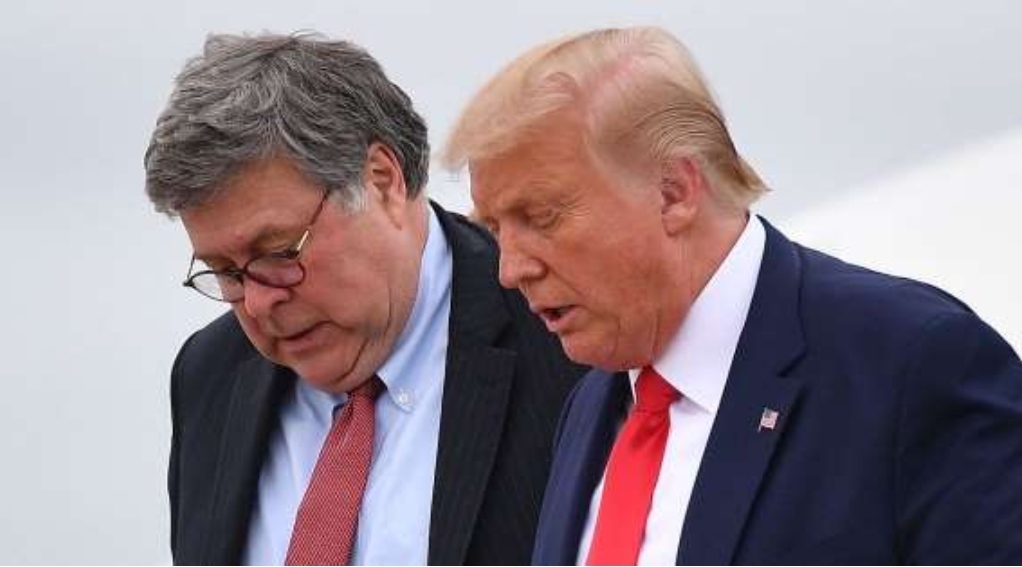 (MSN.com) – In his final few weeks in office, President Donald Trump has suggested he may fire U.S. Attorney General Bill Barr and appoint a special counsel to investigate President-elect Joe Biden’s son Hunter Biden as well as claims that his loss was the result of election fraud, the Wall Street Journal reported Friday evening. The president on Saturday added fuel to the speculation that he may, indeed, deactivate Barr in his waning time in the Oval Office.

According to the report, Barr had known “for months” that Hunter Biden was being investigated but rightly declined to inform the president or the public. Axios followed up on the Journal’s scoop, reporting that President Trump was “enraged” by the news and immediately “began re-exploring options for replacing Barr” and appointing a special counsel to look into the President-elect’s eldest son.

Trump on Saturday morning lashed out at Barr in a series of tweets, deriding the nation’s top law enforcement official for not publicly disclosing that the Department of Justice had been investigating his Democratic opponent’s son for possible financial crimes. The president first boosted a conservative radio host’s call for Barr to be “fired by the end of business today” if he was in fact aware of the Hunter Biden investigation since last year, re-tweeting the post with the caption “A big disappointment.”

Things continued to spiral downward from there, with Trump blaming Barr for hurting Republicans in the 2020 election by following DOJ protocol regarding ongoing investigations and keeping the probe under wraps.

“If Biden gets in, nothing will happen to Hunter or Joe. Barr will do nothing, and the new group of partisan killers coming in will quickly kill it all. Same thing with Durham. We caught them cold, spying, treason & more (the hard part), but “Justice” took too long. Will be DOA!,” Trump tweeted.

“Why didn’t Bill Barr reveal the truth to the public, before the Election, about Hunter Biden. Joe was lying on the debate stage that nothing was wrong, or going on – Press confirmed. Big disadvantage for Republicans at the polls!”

A congressional source familiar with the discussions taking place inside the White House told Axios journalist Jonathan Swain that it “wasn’t clear” whether the president would actually fire Barr with just over a month left before he leaves office. Asked about the odds of Barr’s ouster, Swain responded that it “depends on the day/hour and whatever latest piece of information the president has consumed.”

The New York Times’ Maggie Haberman similarly said that Trump had been “railing against Barr for days in private and in public but not clear if he will actually fire him or simply try to push Barr to offer a resignation.”

Trump’s belief that Barr should have announced the existence of an ongoing investigation that almost certainly would have affected the presidential election wasn’t even supported by Sen. Lindsey Graham (R-S.C.), one the president’s staunchest defenders.

“When it comes to Hunter Biden investigation – Attorney General Barr did the right thing from a legal point of view,” Graham tweeted Friday.

The Journal further reported that White House chief of staff Mark Meadows has told people that Trump is also discussing the possibility of appointing a special counsel to investigate the baseless claims of election fraud that have had no success if several courts across the county. According to the report, Meadows said that Trump wants to act “quickly” on that front, though the Electoral College will officially select Biden as Trump’s successor next week.