Truck drivers are calling on Argos Cement Antigua to get its act together as they allege the company’s current mode of operation is time consuming, ineffective and affecting their work.
Leroy Jimmie told our newsroom on Monday that the Crabbs plant has been operating without its full complement of machines which is causing severe delays.
Jimmie, who said he has been working for the National Housing Development and Urban Renewal Company Ltd for over a year, told OBSERVER media he arrived at the Crabbs Peninsular plant at 9:20 am to collect three pallets of cement for the Dredge Bay housing project and up to six hours later he had not received the aggregate.
“The service is poor, the machines [broke] down and they are packing the cement by hand. They only have one forklift operating and the guys took their lunch at 12 o’clock. The service just bad, bad, bad and it is weeks now the machine [broke] down and they’re not trying to fix it,” Jimmie said.
The truck driver explained that when he arrived at the cement company that morning he was seventh in the queue and at 3:45 pm, he was only number three.
Jimmie, who has been driving for 30 years, said he has never had to wait this long for aggregate and he is frustrated with the company that seemingly has no respect for time.
“There is no consideration for customers. You can’t have a business where you are the only cement factory and you have one forklift working, and you are packing cement by hand during the day and you don’t let the guys work overtime and on weekends so you have cement in abundance. So, we are here sitting waiting for them to load the pallets and then to pack the truck,” Jimmie said.
He explained that it was only after another driver left the line “out of frustration,” was he able to get the 216 bags of cement, after 4:15 pm.
Another driver said on Tuesday he is used to the many delays which he said impede his ability to carry more loads per day.
On Tuesday, this reporter sat at the plant for an hour and 25 minutes observing the operations. Upon arrival there were seven trucks waiting for aggregate and one was being loaded. However, over the course of observation only that truck left with cement. The next truck in the queue did not receive the first pallet after 31 minutes of waiting to be loaded.
There were three workers standing at the end of the conveyor belt manually loading cement on the pallet.
Our newsroom spoke with the local plant manager who said he was not authorised to speak to the media.
He however contacted General Director for Agro Antilles, Federico Mariscal, who is based in St Maarten, and he said “no comment.” 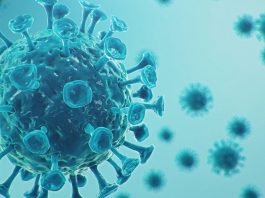 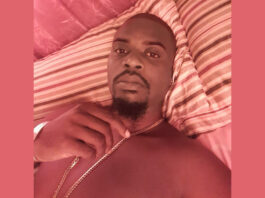