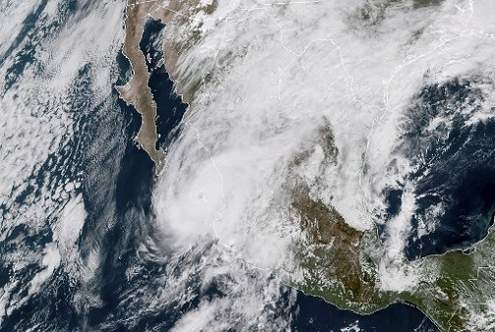 (AP) – Forecasters have issued a tropical storm warning for Puerto Rico and other parts of the Caribbean as officials expect a disturbance in the Atlantic to soon strengthen into a tropical storm.

The US National Hurricane Center in Miami said Tuesday morning that warnings have been issued for Puerto Rico, the British and US Virgin Islands and numerous other islands including Antigua, Barbuda, Martinique and Montserrat.

If it becomes a tropical storm, it would be named Isaias.

It is expected to move through the Leeward Islands on Wednesday, and near or over the Virgin Islands and Puerto Rico on Wednesday night. It would be over Hispaniola on Thursday.

The maximum sustained winds are 40 mph (65 kph) with higher gusts.

Forecasters said some strengthening is expected during the next 48 hours, with the system expected to become a tropical storm Tuesday night or Wednesday.

Forecasters estimated the northern Leeward Islands, British and US Virgin Islands and Puerto Rico would experience three to six inches (eight to 15 cm) of rainfall with maximum amounts of 10 inches (25 cm).