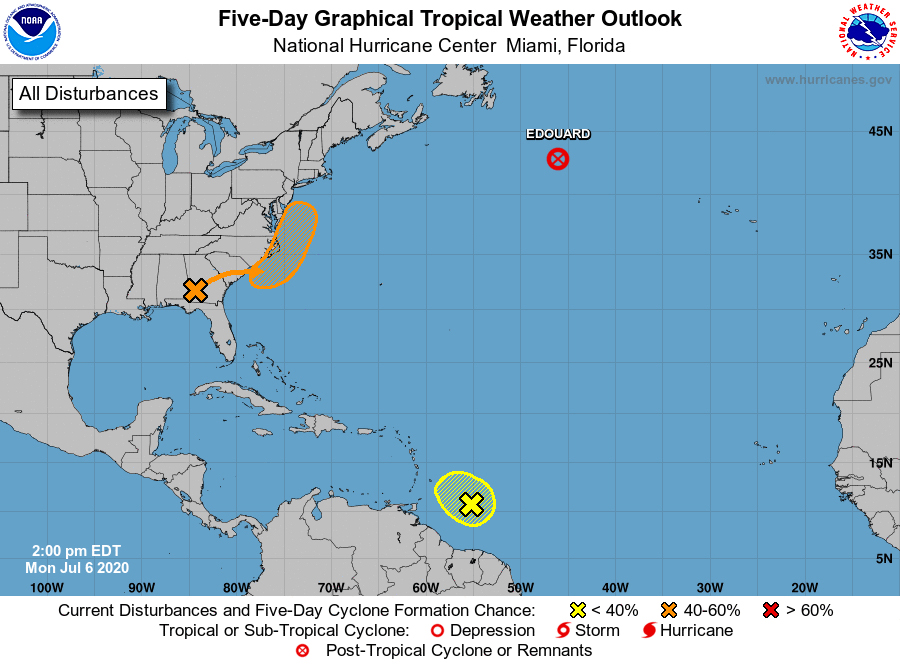 A tropical wave is expected to bring much needed rain as it moves eastward across the Lesser Antilles throughout today. It will intercede an extreme dry spell that Antigua and Barbuda has been experiencing since May.

While climatologist and director of the Antigua Meteorological Services, Dale Destin, says July is typically a slow month for tropical cyclone formation, the nation can still enjoy the rainfall that comes with would-be storms or hurricanes.

Meanwhile, a small craft advisory remains in effect until Saturday for the waters of Antigua and Barbuda. This means that wind speeds of 21 to 33 knots, possibly with waves and swells of seven feet or greater, are expected to produce hazardous conditions for small vessels.

These can be a threat to the life and property of mariners.

If conditions worsen, mariners are advised to stay in or near port. Inexperienced mariners, especially those operating smaller boats, should avoid navigating in these conditions.

The National Hurricane Center (NHC) says the moving disturbance has not become any better organised and development is unlikely.