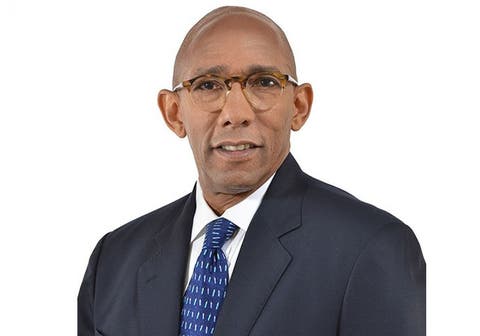 (Trinidad Express) – COVID-19 is taking a toll on two of the country’s bigger businesses.

The virus has also affected operations at Blue Waters Products Ltd as one employee has tested positive.

At both facilities, other employees who have come in contact with the positive Co­vid cases have been sent home to self-quarantine.https://tpc.googlesyndication.com/safeframe/1-0-37/html/container.html

Speaking with the Express by phone, he said: “Yes, (14 staff members) all tested positive. Immediately, once two people were positive, everyone else that was possibly in contact with them was also sent for testing, and from that bunch, 12 employees were positive.

“They were all privately tested for Covid-19. We put all kinds of protocols in place to prevent the spread of Co­vid-19. People are working in bubbles so they won’t be in contact with anyone on their shift. We’ve also warned employees to be careful when travelling.”https://tpc.googlesyndication.com/safeframe/1-0-37/html/container.html

During a news conference hosted by the National Trade Union Centre (Natuc) on Thursday, general secretary Michael Annisette said about 73 NFM employees were in home quarantine.

He said other employees have complained their sala­ries are being affected as a result of not being able to go to work for an extended period of time.

He said employees were forced to remain in self-qua­rantine while they waited on Covid-19 test results.https://tpc.googlesyndication.com/safeframe/1-0-37/html/container.html

“You have two sets of workers—those who would have had to stay home because they are primary contacts and the other group of workers who were showing symptoms and they would have taken the swab to do the testing, but because of the time that it takes to get the results, they have to remain home until the results are forthcoming,” he said.

Annisette argued had the NFM employees waited on Covid-19 test results from a public hospital, they could have possibly affected more workers.https://tpc.googlesyndication.com/safeframe/1-0-37/html/container.html

He said: “The employee tested positive on Thursday. Three other employees who worked on the same shift are now in quarantine at home. The employee is doing well. She is at Caura Hospital. Our protocol is that we sanitise all our equipment and plant once a shift has ended.https://tpc.googlesyndication.com/safeframe/1-0-37/html/container.html

“The last time the employees were on the plant was a week ago, so that means that everything would have been sanitised six, seven times since then as well. Everyone is doing their part. Even to enter the building, temperature checks are done and you must be sanitised.”

He said the other employees have not complained of any symptoms and have been asked to stay at home, only as a measure of precaution as is customary and advised by the Health Ministry.