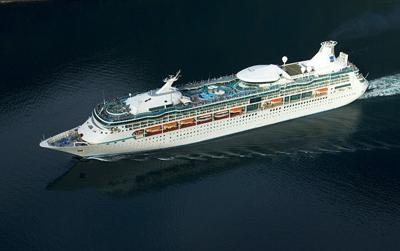 (Trinidad Express) – Government has relented and will allow T&T nationals stranded aboard cruise ships to enter Trinidad and Tobago under quarantine.

In a statement this morning, the National Security Ministry said a schedule would be established to allow for their re-entry.

Pressure has been mounting for the Government to accept nationals under similar protocols established in other countries to protect against the spread of the Covid-19 coronavirus.

And the arrival of the Disney Fantasy cruise liner off Trinidad’s north coast with 49 Trinidadians aboard today, had added to the public furor over the issue.

The cruise liner arrived off Trinidad to refuel after dropping off cruise ship workers in Dominica, St Vincent and Grenada.

The Royal Caribbean Vision of the Seas is reportedly carrying 394 T&T nationals. It is currently docked off Dominica where it is repatriating workers, before moving on to other islands.

Trinidad and Tobago refused entry to its nationals, and there has been criticism over the unexplained “requirements” that would allow for National Security Minister Stuart Young to grant an exemption.

Government had previously taken the policy decision to send care packages to T&T students at The UWI campuses in the Caribbean, with a suggestions that nationals stranded anywhere in the world to “shelter in place” and not attempt to return.

Trinidad and Tobago closed its borders at midnight on March 22, and Prime Minister Dr Keith Rowley has said they will remains closed while restrictions are lifted in phases.

In its statement today, the Ministry said that “there may be nationals of Trinidad and Tobago in different numbers, on various cruise ships, in different locations, throughout the Caribbean and elsewhere.

“Previously, the official request for exemptions for entry by our nationals on cruise ships, had been provided to the Government by agents of the cruise ship companies, as a collective, with the total request exceeding 430 nationals. We have not been provided with breakdowns per cruise ship and the particulars of where these various cruise ships are located.More in Home

“We have been making attempts to locate, for example, six nationals on one cruise ship said to be nearby.”

The Ministry did not say whether the ‘nearby’ cruise liner was the Disney Fantasy, which is supposed to sail on to Mexico after fueling.

According to the Ministry statement: “This task has been challenging as we do not have individual applications from these six but rather, we have a blanket application for 430.

“Exemptions for the entry of nationals into Trinidad and Tobago have been granted consistent with ensuring that we can manage the numbers being quarantined by the state to ensure the continued protection of the population in Trinidad and Tobago.

“We are going to permit the entry of our nationals on these various cruise ships by establishing a schedule which allows us to manage their return, consistent with our resources, to protect them, and the population.

“The Minister of National Security, the Minister of Health, Chief Medical Officer and others are discussing how the entry of our nationals on the cruise ships can be scheduled.

“We are also managing the return of close to 275 students whom the Government is working on bringing back to Trinidad and Tobago from Barbados and Jamaica.

“These nationals are only two categories of persons who have applied for exemption to enter Trinidad and Tobago. We have thousands of applications for exemptions by nationals who are all over the globe.

“The Government will continue managing the return of all of our many nationals who are scattered across the globe. We understand the difficulties each national who wants to return is facing.