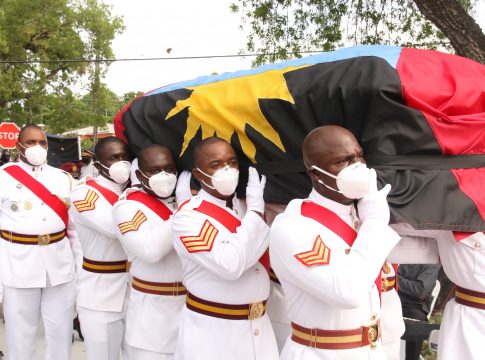 In reflecting on a life well lived, we note his love and passion for his country, Antigua & Barbuda. Never mind a shared nationality, a great part of his navel string definitely belongs to us.  This iconic son of the soil played his part in placing this tiny nation on the map during his time as an athlete when he represented us with pride.

Whilst indulging in his love of sports, he concentrated on his education and completed his Law Degree in Britain. He was called to the bar at Gray’s Inn in 1969, and began his national political career in 1971 as a Senator. He also earned the role of Chairman of the Antigua Labour Party (ALP) and served as leader of the Opposition.

A chip off the heroic Bird block, Sir Lester was elected to government in the 1976 elections and earned the distinction of Deputy Prime Minister. Adding to his achievements, he subsequently led the ALP to victory, winning eleven out of the seventeen seats.  He was termed “Giant Malt” for that momentous occasion in his life and that of the ALP.  This giant-of-a-man seemed to be duplicating his feat as a champion long-jumper.

Striding to victory, he became this country’s second Prime Minister and loomed large among his Caribbean counterparts. Amidst an illustrious career, he lost his strong-hold Rural East seat in the 2004 General Elections.  He dubbed himself “The Comeback Kid” – and come back he did to regain the seat in the 2009 elections, despite the party’s loss.

His loyalty to the party was legendary as he remained as Leader Emeritus when he was succeeded by the Honorable Gaston Browne as ABLP leader in the 2012 election.

Our deepest condolences go out to the family and loved ones of this Antiguan and Barbudan stalwart.

All hail to Sir Lester. Rest in peace!