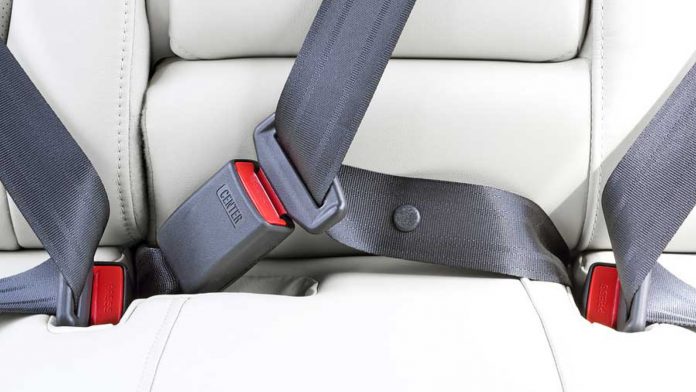 The police force’s Traffic Department will be making a case for fines to be increased for failure to wear seatbelts.

This was revealed by the department’s head, Superintendent Rodney Ellis, during Friday’s police press briefing when last year’s statistics were released.

According to Ellis, in 2021, there was an increase in fatalities recorded by the department to seven, compared to four in 2020 and three in 2019.

Of that seven, according to Ellis, based on investigations, most of the drivers and front seat passengers were not wearing their seatbelts.

He is adamant that seatbelts are still the best protective measure in preventing deaths and it’s for those reasons why recommendations will be made to increase the fines.

“We are working on recommendations and will issue them for the penalties to be increased,” Ellis said.

Traffic collisions involving pedestrians is another area of major concern for the department. Based on the data, there was a drastic increase in such instances for the past year with 34, while the year before only 13 were recorded.

Because of that leap, the department head is not only calling on the various media houses to help educate persons, but also for drivers to be more vigilant.

“We have to educate persons more so that they can be aware of their surroundings when they are travelling through the city and even in the [other districts] on the streets of Antigua and Barbuda,” Ellis said.

Another area of concern was the increase in serious injuries for 2021 as a result of traffic collisions.

Last year saw a total of 252 injuries, and of that figure 90 were serious as compared to 2020 which had 210 injuries, of which 51 were serious. Of the 90, the larger percentage of serious collisions involved drivers in the 18-24 age group.

Ellis added that, along with speeding, reckless overtaking is another major cause for collisions, despite there being a dip in overall accident numbers last year with 2,172 – down from 2,228 in 2020.

Rear-ending collisions is another factor while careless reversing was also mentioned.

Failure to keep on the left side of the road is also another cause, which Ellis added has been increasing over time.

While admitting that some of the roads are not in good repair, he still advised drivers to try to remain on their side as much as possible to prevent accidents.

Ellis credited the overall reduction in traffic collisions over the past two years to the hard work of his officers, the help of the media and the compliance of the general public.