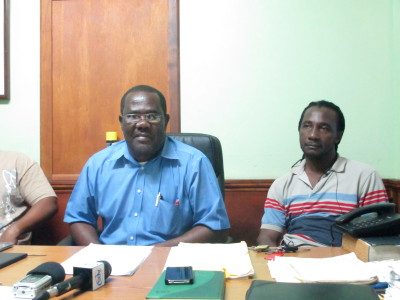 Given the dormant state in which the country’s industrial court currently stands, a case is being made for a reactivation of arbitrators and hearing officers to preside over the “lesser matters” on the court’s backlogged docket.

The court has been inactive since November 2018 and this has caused much anxiety to litigants waiting for their outstanding matters to be resolved.

“When persons who may have lost their employment due to a certain level of unfairness on the part of an employer and then you have to sit and wait, not just months… years to get a hearing, how does that tell you that there is any justice in the system?” questioned one trade unionist who wished not to be named.

Speaking further on the consequences of the inactivity of the court, the trade unionist suggested that “the employee who may not get gainful work within six months to a year, those monies are monies that could have assisted them. If we are trying to keep people above the poverty line, this is part of the process that helps to sustain the incomes of certain families”.

The custom of utilising a system involving hearing officers or one which uses arbitration has not been put into practice since the early 1980s, according to Antigua and Barbuda Trades and Labour Union (AT&LU) senior industrial officer, Ralph Potter.

The Antigua and Barbuda Labour Code section B9(1) makes provision for such cases to be heard by a hearing officer. “Any question, petition, charge or complaint concerning severance pay, concerning alleged unfair dismissals, representation questions or infringements as covered, which shall have been referred for formal handling shall be heard and determined by a hearing officer,” it states.

Potter has suggested that the “easier cases to deal with or less complicated cases, those were cases that would ordinarily go to the hearing officer or to arbitration and what would be considered the more important ones, those would be the ones to go to the industrial court and I think that that is where we need to go back.”

The anonymous trade union officer took Potter’s suggestion one step further, stating that the two offices – the Labour Department and the office of the Labour Minister – that typically hear matters before they escalate to the industrial court, should be given powers beyond that of mere recommendation.

“Maybe just as we have small courts and high courts, maybe certain issues of a particular value should fall to the office of minister as a final arbitration court, thus serving as an express line of sorts,” said the anonymous officer.

He suggested that these “smaller matters that fall below $10,000” could be handled by the minister and the Labour Commissioner, thereby easing the number of cases that ultimately flow to the industrial court.

Another problem plaguing the court is that of a paucity of local attorneys readily making themselves available to preside over the court.

“Apparently the lawyers don’t see it as their civic duty to serve on such commissions,” said the unnamed union representative. He further suggests that the attorneys are not willing to forego the monies to be made from activities at their own practices for a much lower sum than the industrial court would offer.

Another issue, Potter stated, was that of a current lack of qualified persons, even within the Labour Department, that may serve as hearing officers should the use of these officers be once again deemed necessary.

It is not yet known when the industrial court will resume hearings, although the government had announced plans to relocate and expand its operations to a building on Old Parham Road.