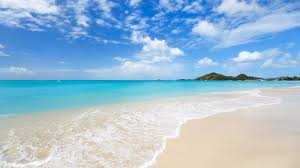 The Covid-19 pandemic has had a devastating impact on the tourism industry worldwide due to travel restrictions and a slump in demand among travellers.

For countries that have started welcoming vacationers back, the safety of both visitors and residents is crucial.

Antigua and Barbuda has been taking steps to rebuild its economic mainstay since early June.

Noting that the country’s hotels are tentatively reopening in a vulnerable environment – since employees interact directly with guests – Vice-Chair of the Antigua and Barbuda Hotels and Tourism Association (ABHTA) Alex deBrito said he believes the industry “will rise again” – albeit slowly.

Speaking on yesterday’s Big Issues show on Observer radio, he said it will take a collaborative effort to restore the sector.

“We need to understand that the same situation that the hotels are facing, the government of Antigua and Barbuda is also facing very challenging times…there is a big effort from the hotels to continue to reopen and invest…We need to ensure that we share the information for everybody,” he said.

DeBrito, speaking on World Tourism Day, explained that returning to normalcy will depend on how well people adapt to protocols.

Also appearing on the show was Deputy General Secretary of the Antigua and Barbuda Workers’ Union, Chester Hughes, who said “the sector is not going to open back up the way we all would have liked it to be”.

He continued, “The problems that employees will face as the sector opens up is that the levels of occupancy are not going to be there so you are coming off of a very tough period where you’ve been home, you’ve used up all of your resources and you will end up coming back on the whole question of a shortened work week.”

Both deBrito and Hughes said hotel employers have several factors to consider before reopening.

DeBrito said that most hotel staff have reapplied to return to work, and the idea is to bring them all back as soon as possible, “but of course there will be some decisions to make – do I want to bring back a small team of staff members and they work five days a week and other ones will come later, or do I want to bring as much as I can and make them work three or four days a week and rotate them?”

Hughes said hotels would have to base their rehiring policy on “performance evaluations and the like…also the need for the particular skill set at this point in time”.

The recent Destination Performance/Occupancy and Airlift report released by the ABHTA suggested that the country’s thousands of tourism workers remain at risk of further job losses.

The study, which assesses the impact of the coronavirus pandemic on the country’s tourism sector, said passenger arrivals in August 2020 had plummeted by 73 percent compared to August last year – while occupancy rates were currently at less than 10 percent.

The low numbers, according to the report, follow strong occupancy figures in January and February 2020 which signalled a turnaround from the effects of hurricanes and invasive sargassum seaweed for Antigua and Barbuda.

Looking ahead to 2021, occupancy projections reveal a struggle to break 50 percent through April 2021, based on a data sample of eight ABHTA member properties.

Since Antigua and Barbuda reopened its borders on June 1, around 14 hotels – accounting for 874 rooms and 28 percent of the room stock – have begun welcoming back guests.

An additional 16 hotels are expected to reopen in October through December, totaling 1,497 rooms and representing just under half of the country’s room inventory.

Air arrivals are also projected to dip by 43 percent at the start of the 2021 winter season.

The latest figures have caused the association’s chairman, Vernon Jeffers Snr, to predict that the sector is not expected to see an overall turnaround this year – or even next year – given the many variables, which include consumer confidence, virus curve fluctuations and the availability of vaccines.