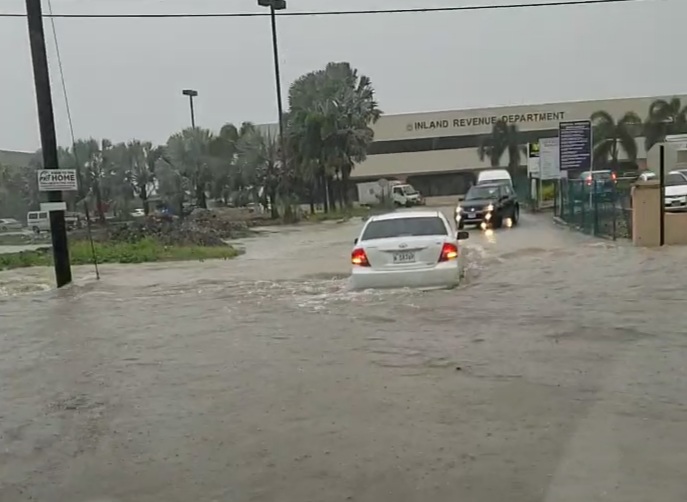 Head of the Antigua and Barbuda Meteorological Service has told Cabinet that it was difficult to predict the intensity of the weather conditions that occurred this Monday and Tuesday.

Information Minister Melford Nicholas said that Dale Destin was invited to Cabinet on Friday to allow ministers to get a better understanding as to whether there were any impediments to them being able to provide early warning and adequate forecasting of the trough system.

Nicholas said, “…his feedback to us was that this peculiar weather system formed almost overnight over Antigua, and notwithstanding the proximity to us, that there is no technology that is available either in Antigua or through the many agencies that they work with to be able to give them any earlier forecasting.”

The incident has been described as “abnormal,” “unprecedented,” and an occurrence that happens every half a century.

According to Nicholas, Destin reported that in many of the areas where the Met office had historical data regarding rainfall, the torrential rains proved to be a “one in 400-year event.”

“Across the island it varied, but between Bolans and the western portion of the island – Five Islands and the Botanical Gardens, where there is another weather station, they would have received in excess of 15 inches of rainfall within a 24-hour period,” he shared.

Coming from the meeting, the government has committed to assisting the agency with additional support which will include help from the Public Works Department to complete the installation of additional weather stations across the island.

Resources from the prime minister’s scholarship programme will also go towards training staff at the Met office in Oceanography and other functional specialisation areas needed to improve the agency’s work.

Destin has been invited to submit for Cabinet’s consideration an overall organisation restructuring plan that outlines the skill sets that need to be filled within the agency.

The Ministry of Technology has also committed to assisting the National Office of Disaster Services (NODS) with automating their information-gathering systems.

With more rains likely over the weekend, and with predictions that the Atlantic hurricane could extend to January 2021, Nicholas assured that the Met office is not at a disadvantage in its ability to forecast weather changes.