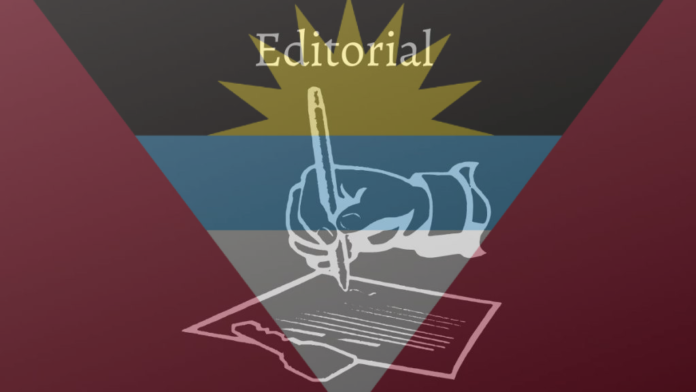 It was a stirring salute to our National Heroes –  Sir Vere C Bird Sr, King Court Tacky, Dame Nellie Robinson, Sir George Walter, Sir Lester Bird, and our only living honoree, Sir Vivian Richards. This past Friday, National Heroes Day, members of the United Progressive Party (UPP) made a pilgrimage to the final resting places and monuments to our National Heroes. They solemnly laid wreaths, offered up prayers of thanksgiving, and articulated citations that reminded us of the numerous and varied ways in which our National Heroes distinguished themselves in the service of our fair State.

To be sure, we owe them an eternal debt of gratitude, and as long as the sun rises in the east and sets in the west, we will forever venerate them. They did right by us, and it is incumbent on this generation, and generations to come, that we continue the struggle for a better Antigua and Barbuda – “sparing nothing, giving all,”in their indomitable spirits.Long live their memories!

Of course, there are many others who have done splendidly by Antigua and Barbuda, and a plausible case could be made for their enshrinement as National Heroes. For example, we are of the mind that Sir Anderson Montgomery Everton Roberts, the first Antiguan to ever play for the West Indies cricket team, should be named a National Hero. He broke the bias and barrier against small islands, thereby opening up the way for the thousands of others who have succeeded him onto the team. True, there were many great fast bowlers before him from Barbados and Jamaica and so on, the bigger islands, but when Sir Andy joined the team, twice taking seven wickets in one innings, he paved the way for a fearsome barrage of fast bowlers that dominated world cricket for twenty-five years. Indeed, Sir Andy, Michael Holding, Joel Garner and Colin Croft are arguably the most dreaded battery of fast bowlers ever to play Test cricket.

Sir Andy made his Test debut, all of twenty-three years old, in 1973-74, against England in Bridgetown, and it is safe to say that he inspired Sir Viv to continue knocking on the test cricket door, which he did, eventually joining the West Indies team a year later. This writer was but a lad at the time, but I recall the many exploits of Vivi and Andy with the bat and ball for the West Indies.  They did us proud, the duo, and a reasonable case could be made for them to be reunited in the National Hero pantheon. Their names go together, at least, in this writer’s mind. Sir Andy for National Hero!

Then there is Vigo Blake. The enslaved man from Blake’s Estate who changed the course of history, not only here in Antigua and Barbuda, but in the English-speaking Caribbean. Here is how Barbara Arrindell, she of BEST OF BOOKS, and a historian and scholar in her own right, as well as producer and host of our ever-popular BIG ISSUES Sunday programme, spoke of Vigo Blake and what he envisioned and accomplished:

“In late 1812, Mr and Mrs Thwaites were visiting Lyon’s Estate to worship there. After the service ended they heard children singing hymns. Following the sound, they found an old man with a number of the estate children gathered around him. He was teaching them hymns and what he knew of the catechism. This recognition that enslaved black adults could know enough of the teachings of the church to pass it on to others led to a slight shift in the way the HART sisters expected education of the masses to unfold in Antigua.
The Thwaites spread the word. They wanted all enslaved black children and free black and white children in the vicinity who were being instructed by fellow slaves or free black men to gather with their teachers at Lyon’s on 13th February 1813. (204 years ago) More than 500 children turned up. Many of the teachers could not read, but they taught whatever they knew. They had memorised poetry and bible verses and even the alphabet. The Hart sisters wanted the children and adults to learn more. Every other Sunday, they gathered for reading and writing classes and the number of students grew.

One Sunday afternoon as the Thwaites made their way from Lyon’s to their home in English Harbour they again noticed a peaceful rising with only grass and a few trees which seemed perfect for their dream school and possibly their home. Vigo Blake, the head man (head slave) at Blake’s Estate encouraged them to speak to those in charge and seek permission to use the land. He promised that if permission was granted he would get some of his fellow enslaved men to construct the schoolhouse for them in their spare time. Permission was sought and granted. Vigo and his men started work and were instantly joined by men, women and children from other estates who devoted their evening hours and early morning hours to building. In six weeks the 44ft. by 16ft. building with its roof made of the trash of sugar cane was ready.

On May 29th 1813, the first schoolroom built for the purpose of educating slaves in the West Indies opened its doors. Many of the day students were enslaved people who were maimed or too old and fragile to contribute significantly to the wealth of the estate. Many were allowed to roam with little restriction. They were taught, so that they could teach others. In the evenings however two to three hundred people would make their way to the building called Bethesda. The earthen floor led to a challenge with chigga for students and teachers. At the end of each night they painstakingly tried to remove all chigga to prevent them from burying themselves into their skin and causing bigger problems.

A few years later at Hope Estate, not far away, another schoolroom was constructed. A hurricane claimed that one, but in 1821, a larger, stronger structure was built. This time it was financed by the Church Missionary Society.” [The Museum of Antigua and Barbuda]

Clearly, the thirst for learning was alive and well in Antigua and Barbuda,andit could not be quenched. We owe those early seeds of education to ‘Baba Vigo’, as he is affectionately and respectfully called by historians such as Ambassador Dorbrene O’Marde. (‘Baba’ is a term of endearment and respect used in many African countries, much as we say ‘Papa’ or ‘Daddy So-and-So’). The Spring Gardens Moravian Teacher Training College, which opened in 1840, the Antigua Girls High School, the Antigua Grammar School, the Antigua State College, the Agatha Goodwin School, the University of the West Indies Five Islands, the Thomas Oliver Robinson (TOR) Memorial High School, and other notable institutions of learning, especially those that did not begin as elitist enclaves for the wealthy, are all following in, and building on the foundation once laid by Baba Vigo. It is difficult to think of a more worthy candidate for National Hero status.

The Bethesda School Heritage Foundation, with historically-conscious Antiguans from the Bethesda/Christian Hill community, like Attorney Ralph Bowen and Activist Ian Joseph, unveiled a plaque honouring Baba Vigo on the Bethesda Methodist Church grounds on May 29, 2021. This was the site of Baba Vigo’s first schoolroom. It is sacred ground. Here’s to the Bethesda School Heritage Foundation and their sterling effort to ensure that the name ‘Vigo Blake’ is never forgotten. May their work in that historic community ever blossom and flourish. This writer was fortunate to have been there at the grand unveiling, and was moved by the enormous impact of what Vigo Blake had done. It was a tender moment of reflection and introspection.

Seems, a great deal of who we are, and what we are, is owed to Baba Vigo. Long live Baba Vigo! Oh, haste, the elevation of Vigo Blake as a National Hero.