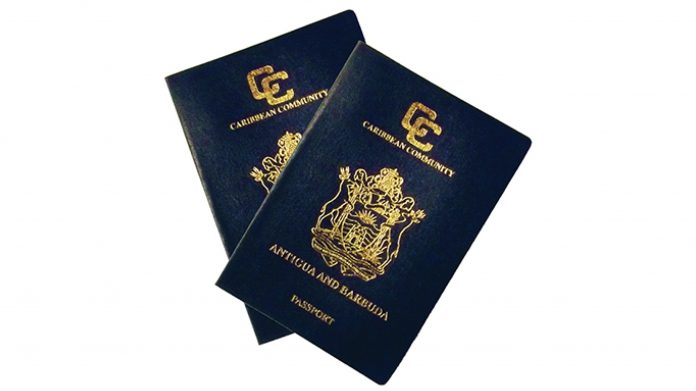 A month since it started about 2,000 foreigners have already taken advantage of the government’s immigration amnesty programme and been successful.

On March 1, immigrants who have settled in Antigua and Barbuda over the years were given two months within which to regularise their immigration status without any penalty for living in the country illegally.

The immigration department began processing scores of applications a day, with those granted amnesty now able to move along to obtain citizenship or residency.

Among the applicants thus far have been people from Asia, Africa, the South Pacific and Caribbean nations.

The majority of the applicants are from Jamaica, Guyana, the Dominican Republic and Syria.

According to Chief Immigration Officer Katrina Yearwood who spoke to state media, successful parties are “notified that you have your amnesty certificate” which she says can be collected immediately or “to make things easier you can wait until the appointed time that you have made for your residency or citizenship application”.

She said the department is already booked up for the rest of the amnesty period, which ends on April 30 unless the government decides to grant an extension.

However, “anybody desirous of taking advantage of the amnesty now would have to come as a walk-in which we will take from 2pm until 8pm” from Monday to Friday.

Yearwood appealed to interested parties to make use of those hours since they are “trying as best as [they] can to manage the crowd”.

The immigration boss went on to rebuff the notion among some that the amnesty initiative is a trap.

Last month, the government said there were no current plans to extend the amnesty period, despite the fact the Immigration Department continues to be inundated with inquiries from prospective applicants.

The government previously announced that numbered application forms would be available for collection at the Immigration Department and the various consulates in Antigua.

The processing fee for the amnesty, which should accompany the application form, is EC$200 per person. Caricom nationals will be charged an extension fee of EC$150, while a fee of EC$300 will be applied to non-Caricom nationals.