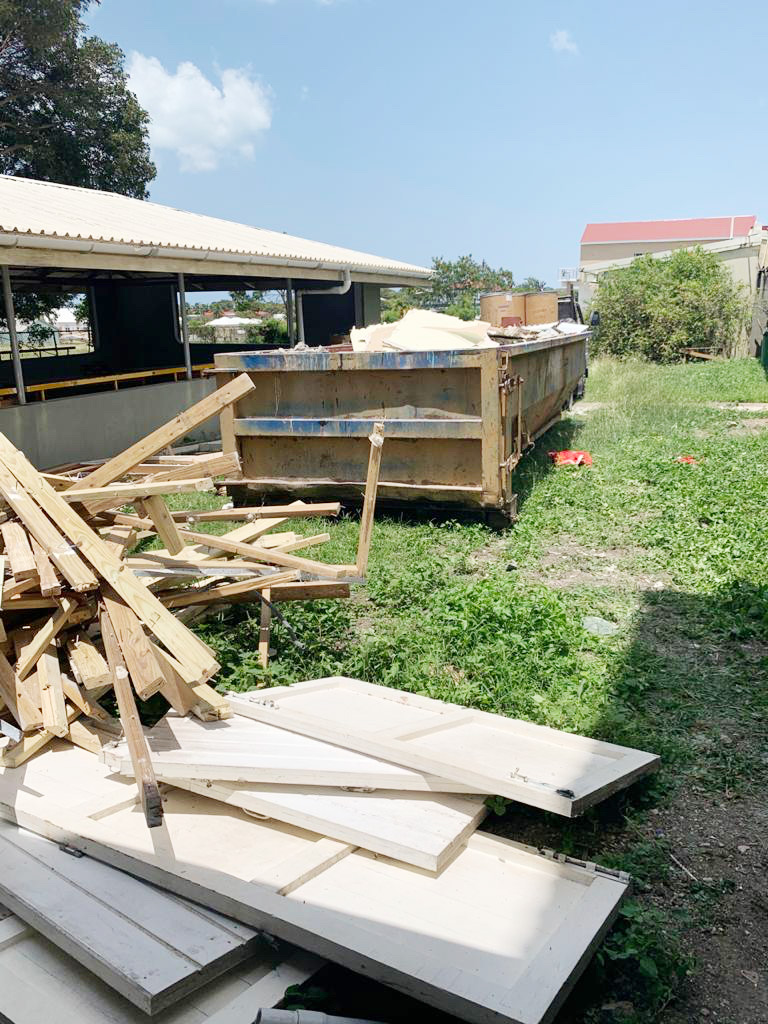 Tens of millions of dollars are being spent on medical equipment and building supplies in an effort to better manage the increase of Covid-19 cases in the twin island state.

Upwards of $50 million dollars of state funds is expected to go towards the purchase of medical equipment and supplies, as well as materials for the renovation of old buildings in response to the pandemic.

“We’re trying to procure additional equipment and resources but it’s going to be a pretty penny. It’s going to be over, I believe, easily, 50, 60, 70 million dollars – in that region,” said Public Works Minister, Lennox Weston.

The minister said long-abandoned buildings are being converted in what he described as the government’s “pièce de résistance” that will allow it to “quickly ratchet up capacity to deal with the worst case scenario of Covid”.

While refurbishment of clinics across the island continues as planned, the Ministry of Public Works has the additional task of preparing the country for increases in the spread of the virus.

“Common sense says all countries should plan for a worst case scenario,” Weston said, adding that although efforts are ongoing to prevent that happening, it is paramount that the government hastens to equip and refurbish the health sector.

In doing so, the public works ministry has commandeered and demolished the Nugent Street building which once housed the National Technical Training Centre (NTTC). Builders have been issued a 15-day timeline in which to complete renovations for a second hospital.

“We’re going to be working three shifts to get that done within the next two weeks…. We’re going to convert that into a 75-bed hospital, where patients who don’t require ICU/Covid treatment can go. That can also complement the 70 beds which are available at Mount St John’s,” he told Observer.

Another critical site is that of the old Central Board of Health (CBH) building in St John’s.

“The CBH building will be a central clinic that will provide service for Covid-related patients during this period,” Weston said.

To accelerate the renovation work, these essential employees will be housed at the old education building, which is expected to be completed by next week.

Meanwhile, plans to construct a new dialysis unit as part of a major overhaul to create a medical treatment centre at the Holberton building took a back seat to Covid-related matters.

Instead, the Margetson Ward at the old hospital has been converted into an Infectious Disease Centre which includes 17 intensive care units equipped with ventilators and 32 beds for workers who will be required to live on the compound.

In addition, Weston said his ministry has been asked to create space for an urgent care facility on the western part of Margetson, which will be separate from the emergency care unit at Mount St John’s Medical Centre. The facility will also include a diagnostic centre and two labs to carry out work for Covid patients.

The former army base in Coolidge with 64 beds is also being eyed for conversion if necessary. That is in addition to about 50 beds with ventilators, specifically for ICU patients, the minister shared.

“All those overflow areas that we are now prepping and preparing for post-Covid for urgent care, those of course can be converted into beds for really sick individuals. So, when you add them up, basically we have around 250 beds for Covid-related cases,” Weston said.

The government has also considered a post-Covid plan for some of the facilities that are being purpose-built in response to the pandemic. The idea is to include those facilities in an economic diversification plan by expanding the offering of health services and twinning it with tourism, allowing non-residents to “recuperate in paradise”. “We believe that after Covid the need for hospital beds might not be as intensive on an emergency basis, then it will create an opportunity for that centre [NTTC] to be tied into the vision we have of creating a circuit [research] sector where Antigua will be a medical service centre of international repute that can not only service the local population but we can also export services to the rest of the region,” the minister explained.