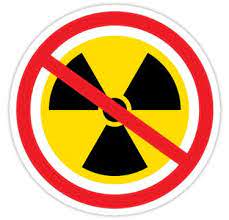 Residents’ concerns over the non-contact temperature checking devices being used nationwide in the Covid-19 fight are being allayed by local health officials.

Some people have been sharing their scepticism towards the small devices used as part of health and safety protocols – and many of those worries focus on perceived radiation transmission when pointed at the forehead.

Senior Public Health Inspector with the Central Board of Health, Tajah Edwards, told Observer radio yesterday that the instruments pose no threat.

“If you know how they work, you will have no fear… I can understand the fear of somebody having something that is shaped like a gun pointed to their head,” he noted.

“It’s a funny feeling, but as to the device itself… the sensor on the device picks up your temperature that your body gives off and gives you a reading. It does not send out any radiation,” Edwards explained.

He further mentioned that there is a vast amount of false claims being spread about the Covid-19 pandemic. As such, he is urging citizens to ignore the assumptions or opinions of others and instead to rely on factual information.

He said, “I’ve heard the arguments. I’ve seen persons quarrelling with store owners about taking the temperature from the wrists instead of their head. I’ve heard the whole gambit and I’ve seen it myself, but people need to stop being paranoid and base what they’re saying from facts.”

Edwards further added, “I’ve been told about some video going around where somebody is saying it affects your brain. If it operated in the way that they said, there could be some semblance of truth to that, but that is not the case. So, we need to base what we are doing and what we are saying from facts.”