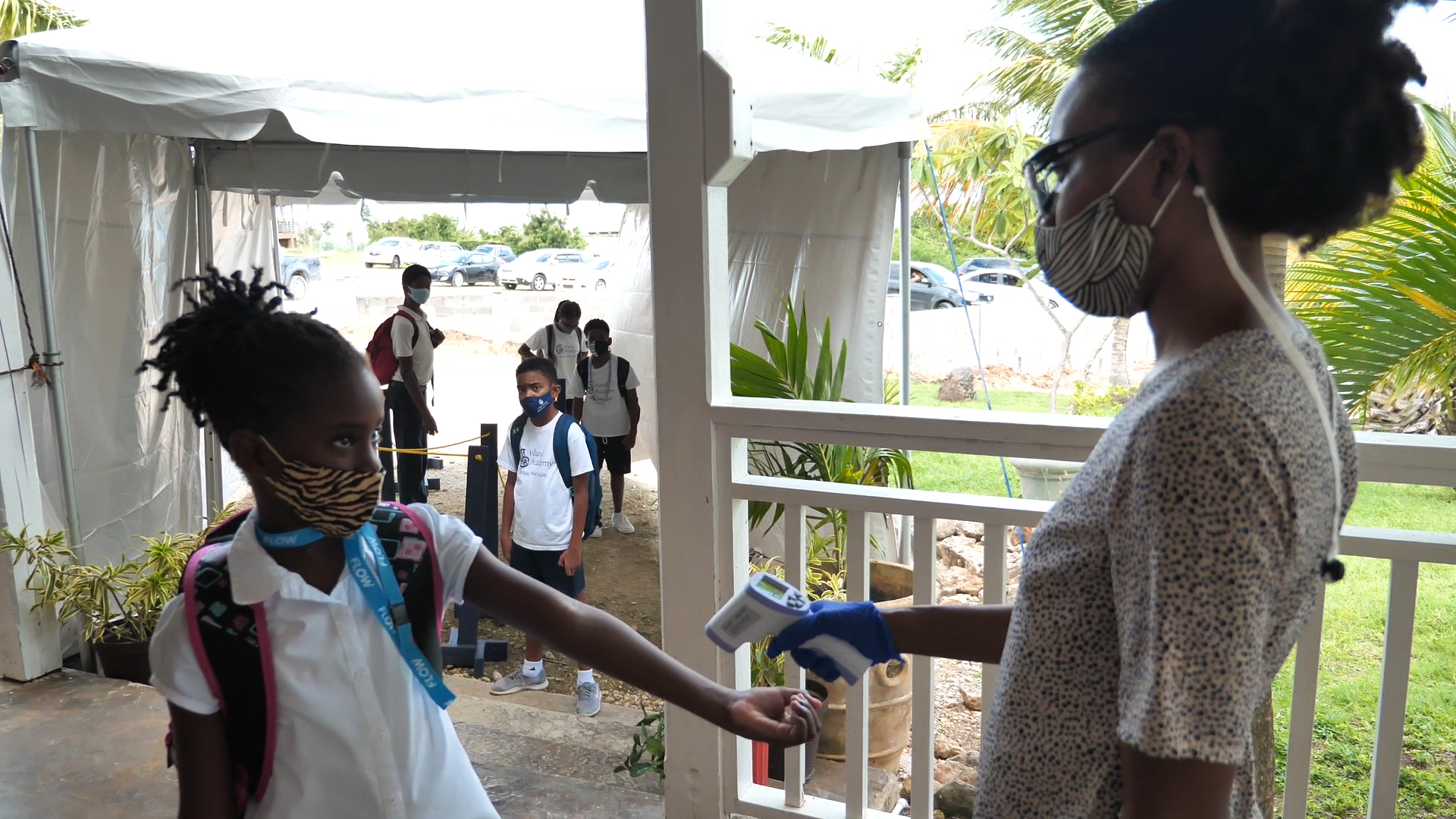 With a week having passed since the official reopening of schools nationwide, principals and teachers have largely reported a smooth process.

Schools were shut down in March due to the Covid-19 virus. School plants have since undergone a slew of changes, including the addition of handwashing stations, blended teaching and social distancing requirements.

Many noted that the first day back was the most hectic, due to anxiety from parents and students. But as the days went on, things began to run smoothly.

The major issue, according to some of the educators, has been the policing of students to ensure that they abide by social distancing guidelines.

“The hardest part about it is the social distancing because you would recognise that most of these children have not seen each other in a school setting from since March. They are all excited to see each other and so we have to be vigilant with them in so far as the social distancing is concerned, but for the most part, for the last couple of days, they have been complying,” said Foster Roberts, principal of Ottos Comprehensive School.

“It is when they go out on their break that you have the most challenges, but once they go into the classrooms where the teachers are there with them, it is pretty easy for us to ensure that there is social distancing because all of our furniture is placed at said distances from each other,” he added.

At the Antigua State College (ASC), internet access was an issue that plagued the institution.

“We have Wi-Fi access at the college but there are some issues. It is being looked at now. We had a few children who were unable to access the online portals because they forgot their password or something is wrong with the password itself but we are working with them day by day,” said Jacqueline Richardson, ASC’s acting principal.

Throughout the week, orientation and the teaching of proper hygiene practices and social distancing has taken place.

This was the case for students at St Joseph’s Academy who this week had 15-minute orientations which outlined their timetables, whether the classes were online or at school, and the process for entering and exiting “the school bubble”.

One teacher at Villa Primary shared that this week was focused more on that aspect with students, especially the younger ones. For the most part, students have been getting accustomed to the new normal, she said, but again break-time posed compliance challenges.

She said that as each day passes, some tweaks have been made to the protocols in terms of pick-up procedures to mitigate the large crowd of parents outside the gate. Despite the few hiccups and minor tweaks, all the educators who spoke to Observer said that the students were happy to be back at school, while they were happy to be at work doing what they love.