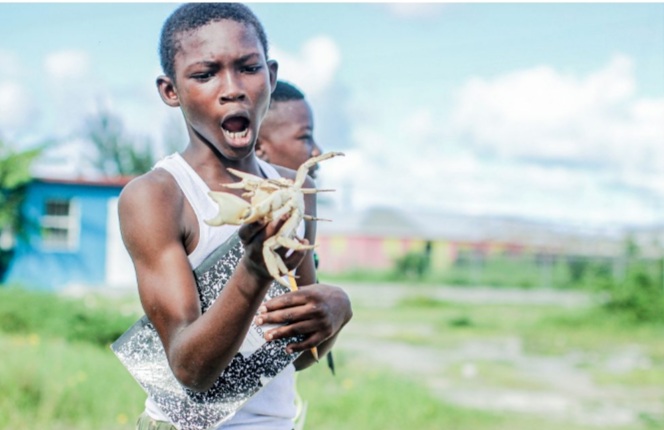 Food security is a global concern, but for Barbudans this concept looks very different from most modern communities.

“The concept of food security is one’s ability to feed oneself and not go hungry. Imagine a hurricane knocks you down, everything is basically up in the air, the first thing you would need to do is get some sustenance in your body, get food in the pot,” he explained.

Mussington stated that much of the world depends heavily on commercial suppliers for its food.

Jokingly he said, “If the supermarket is not there and the food not there, what are they going to do? Maybe they will be forced to start catch bird, or a cat or something to eat to kill and eat. I don’t know!”

The principal believes that Barbudans are able to survive obstacles of food scarcity.

“In Barbuda you have lobster, fish, crab; you have the forestry out here where you can actually go and hunt animals for food. You can guarantee that you will get something to eat; survival is the lifestyle of us Barbudans,” he explained.

Mussington claimed that many Barbudan children have the ability to survive on very limited means.

He explained that the importance of having these abilities is often overlooked.

“If a situation or disaster was to happen in other communities or countries, maybe they wouldn’t be able to survive but for us over here, survival is our lifestyle,” he added.