Strict new Covid rules hit public sector workers in the wallet, Gov’t says residents have a ‘social responsibility’ to get a jab – but union cries foul 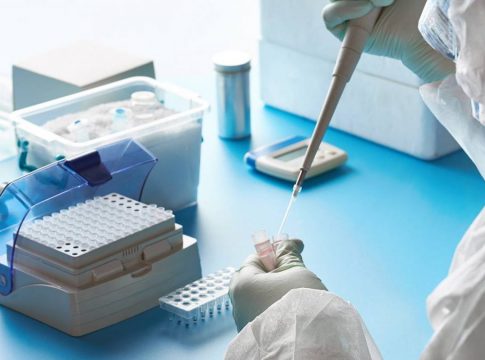 by Gemma Handy
[email protected]
Fear of reversing recent gains to tourism and the economy are being cited by government as the reason for unveiling its most stringent rules yet to encourage more people to get a Covid jab.
Forthcoming moves to force frontline public sector staff to cough up for twice monthly virus tests – or stay home unpaid – sparked an outcry on social media within minutes of being announced yesterday.
But government hopes that hitting workers in their wallets will deliver the impetus needed to help the nation reach much-touted herd immunity.
The news – confirmed at yesterday’s post-Cabinet press briefing – came hours after it was revealed that active Covid cases had hit double digits for the first time in almost two months.
The tough new stance affects a multitude of employees, from immigration and customs workers to port health staff, including greeters and medics, plus police, defence force and emergency personnel.
People who work in cruise tourism, such as taxi drivers and vendors, had already been warned they would be required to take regular tests at their own expense in lieu of getting vaccinated.
But the measure is now being extended into the civil service too, with costs likely to tot up to EC$300 a month for the two tests.
Information Minister Melford Nicholas told media yesterday that residents have a “social responsibility” to ensure they do not spread the potentially deadly virus.
“If persons choose not to take the vaccine and they resist the requirement for dual monthly tests then they will be asked to stay at home with no pay,” he confirmed.
“We want to ensure the environment in which you are working remains safe – and if you are not willing to take the vaccine, then you must give your coworkers and the other frontline persons the assurance that it is safe to work along with you.
“If you’re not prepared to do that, then you are imposing on yourselves further restrictions that will include being asked to stay at home without pay,” he warned.
Government has repeatedly declared its reluctance to make Covid jabs mandatory. But the issue has been a talking point worldwide, with the USA’s Equal Employment Opportunity Commission among those allowing companies to require staff to be inoculated.
“The government will not seek to impose any mandate on persons to take the vaccines,” Nicholas continued. “People have made personal choices and those who have chosen not to take the vaccines have a social responsibility to ensure that they do not become vectors to affect other persons.
“In the words of Sir Robin Yearwood … your rights end at the point where they begin to affect mine,” he added.
The minister was asked if anyone unable to get vaccinated on medical grounds would be exempt from personally footing the bill for tests. He replied that the same rules applied to all.
The Prime Minister’s Chief of Staff Lionel Hurst later gave further clarification.
“There are two categories of people that we know of who cannot get a Covid vaccine: those who are pregnant and those with blood clotting issues. Other than those two groups, we are not accepting any other excuse,” he told Observer.
“We are terribly afraid that just one person – especially one with the delta variant – may join their coworkers or take a public bus and infect several others.
“That could reverse all the recent progress we have made with tourism and the economy bouncing back,” he explained.
To date, almost 37,500 people have received a first dose of a Covid vaccine in Antigua and Barbuda, while almost 29,000 have had a second shot. That’s still some way off the government’s target of inoculating 70 percent of the population.
“We are serious when we tell people to take a vaccine,” Hurst continued. “It’s not small numbers of people who are refusing; it’s a large number who are putting us all in danger.
“Government is doing everything short of making it mandatory. We are making it expensive and inconvenient for those who obstinately reject the vaccine.
“There are still 30,000 more people who ought to get vaccinated – and it’s free,” he added.
But the move has been heavily criticised by the Public Service Association with its president Joan Peters dubbing it “unfair” – and possibly illegal.
“You can’t force people to pay for the tests; it’s not legal to do so,” she told Observer. “It’s not part of our contract from when we started working.
“It’s unfair to make people pay for things they can’t afford, especially when the cost of living is so high.”
Peters added that the body was seeking legal advice on the matter. The Trade Union Congress has also said it is poised to meet for discussions.