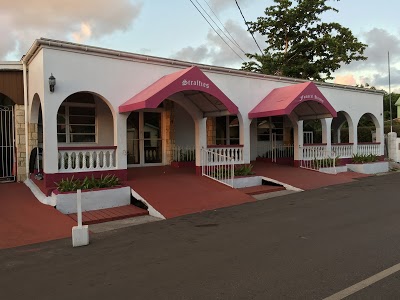 The daughter of the late owner of Straffie’s Funeral Home has responded to controversy which erupted after a number of employees were given letters terminating their services.

Naadia Saunders released a statement earlier today confirming that Straffie’s “remains open for business” and that several staff had been offered continued employment.

The St John’s-based entity has been in operation since 1945 and, up to the death of its owner Elizabeth Saunders in June, employed 17 people. Elizabeth Saunders, who died unexpectedly from heart complications at the age of 68, was at the helm for three decades.

One worker, Pamela Saunders, told Observer yesterday that she was shocked to receive a letter telling her that her services were no longer required.

“Please therefore take notice that your employment with Elizabeth Saunders trading as ‘Straffie’s Funeral Home’ was terminated as of the 27th day of June 2020 as a result of the death of your employer.”

The letter told recipients to “immediately surrender all keys” and any other property belonging to the deceased. It added that further communication would be given in relation to money due for “outstanding salary, vacation pay and severance”.

Naadia Saunders, as the administrator of her mother’s estate, said she had been “faced with the difficult task of informing the persons previously employed by my mother in her personal capacity of the impact of her death on their employment status”.

She said assertions from some that all staff had been sent home was “completely inaccurate as several employees were offered continued employment with the business”.

“The issue of the payment of severance and any other entitlements due to the employees who were not offered continued employment is being addressed as a matter of priority as part of the administration of my mother’s estate,” she said.

“I wish to assure the general public that Straffie’s Funeral Home remains open for business and continues to be staffed by several long-standing employees. I am committed to working together with these employees to continue to offer a high standard of service as we seek to build on the legacy of Straffie’s Funeral Home as established by my mother and grandfather,” Saunders added.