State of emergency extended for another 90 days 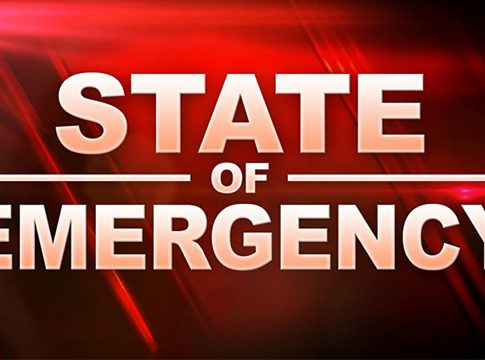 Ahead of the September 30 expiration of the current state of emergency, a vote was made to extend it for another 90 days following debate in Parliament on Thursday.

The state of emergency was first declared in March last year, two weeks after the country recorded its first Covid-19 infection, and has been extended on every occasion up to this point.

It allows the government to take certain actions that it could otherwise be restricted to, including the implementation of the nightly curfew, the mobilisation of law enforcement on a large scale, and the temporary closure of beaches.

The move has been met numerous times with criticism from the main opposition party and some members of the general public.

But Prime Minister Gaston Browne, while sharing his support for the extension, appealed to members of the opposition, and residents in general, to join the government in the fight against Covid.

“I am sure you would recognise the need for this particular extension of the state of emergency and that you support it,” he said.

“In fact, I suggest we have a division as well on this resolution but instead of just us in this fight, that is what we need right now; we need you.

“We need the leader of the opposition. We need the members of the UPP. We need all Antiguans and Barbudans. As the late Sir Novelle Richards said ‘gird your loins and join the battle’. This is a war, a war against an invisible enemy called Covid,” Browne said.

Education Minister Daryll Matthew, while speaking in Parliament, shared his support for the extension.

“For several months now, we have been coming to this Parliament to pass the resolution to extend the state of emergency in this country to combat Covid-19 and every single time we have come here we are faced with robust opposition against this resolution,” he said.

“We heard the arguments, we want to go out and party. We heard, ‘oh, we don’t support it at all because the state of emergency is for wars and battles and who are we at war with’ and then the last one, the most disappointing response I must say, certainly to me, is that we can’t have a state of emergency because we want to be able to protest and have political marches,” Matthew said.

“These aren’t my words; these are the words of the leader of the opposition – most irresponsible. But many months ago, we recognised on this side of the House that, notwithstanding success that countries have faced where Covid-19 is concerned as it relates to the infections, notwithstanding our own success in Antigua and Barbuda, Covid-19 in the absence of a viable response and a viable defensive mechanism will always be a threat.

“The threat to lives and livelihoods is very real, and so we recognised that it is imperative that we continue with this state of emergency until such time as we are able to fully encircle this threat and squeeze it out of our society,” Matthew added.

The state of emergency is now scheduled to end on December 27.

Center for persons with disabilities aims to ‘Fill in the Gap