St Vincent: Police officer shot and killed while trying to serve a warrant 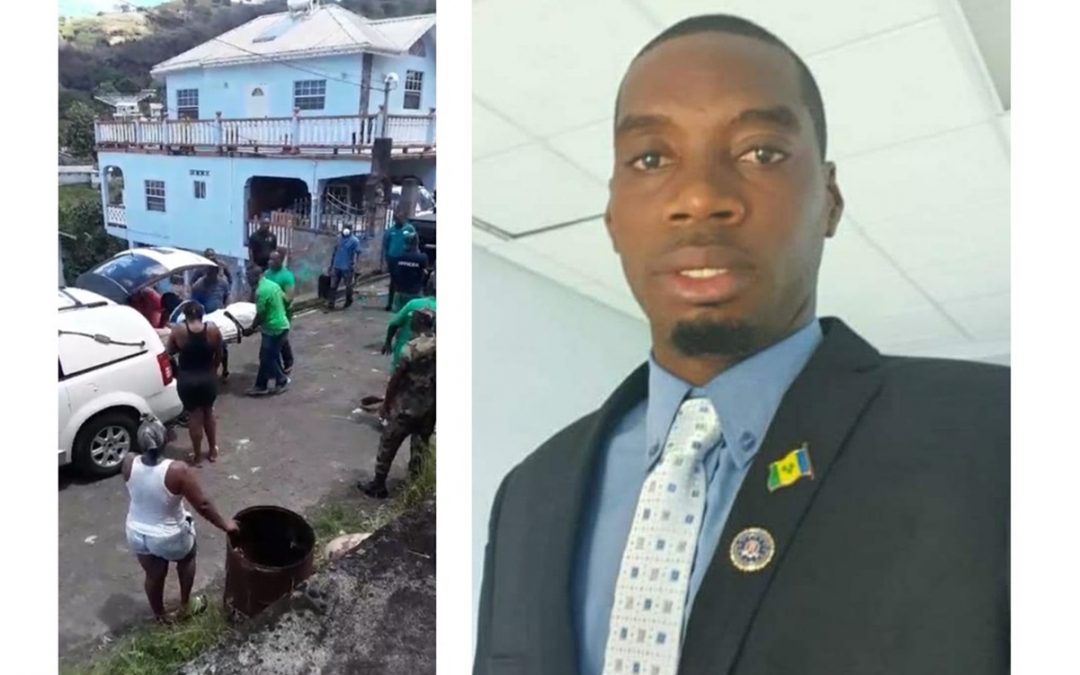 Detective Sergeant Philbert Chambers was killed Sunday morning. At left, his colleagues place his body into the funeral home vehicle.

A slain police officer’s last WhatsApp status posted at 9:30 pm on Saturday showed a meme — a coffin surrounded by the words, “Don’t wait till I’m here to act like you loved me.”

Detective Sergeant Philbert Chambers was shot and killed about 10 hours after that post.

He was fatally wounded in the line of duty.

And when several police officers responded to the officer related shooting at Campden Park on Sunday morning, they wept openly at the sight of their colleague who had died on the spot.

SEARCHLIGHT understands that around 8:00 a.m., Detective Sergeant Chambers and a group of officers went to a Campden Park residence to serve a warrant to search for a firearm.

Reports are that the family of 39-year-old Gleason Lewis had called police for assistance, the second call in a week, to help placate a situation at the home.

Gleason is a Vincentian who lived in the United States for several years before returning home.

On arrival at the property, police are said to have been involved in an exchange of gunfire, with Sergeant Chambers being struck in the head and another officer in the leg.

Sergeant Chambers, who was stationed at the Questelles Police Station, died on the spot while the other officer was rushed to the Milton Cato Memorial Hospital (MCMH) for medical care.

Police officers are said to have fired at Lewis during the exchange, killing him on the spot. Reports are that he was found with a garbage can pulled over his body.

More than 50 spent shells were said to have been removed from the scene.

A neighbour said she was awakened by the gunshots which broke the early morning silence. “It was horrifying,” she told SEARCHLIGHT on the condition of anonymity.

At the scene, relatives and friends of Lewis also wept.

“He was acting strange. That is not the Gleason we knew growing up,” one woman said while noting that a relative told her that Lewis had been showing signs of mental instability after returning from the US.

He is said to have been involved a marriage that ended badly, with his wife having to take out a restraining order on him before he returned to St Vincent and the Grenadines from the US.

A resident of the area told SEARCHLIGHT that he had used a cutlass sometime in the past to damage his father’s truck and that his immediate family members had relocated to another house to avoid him.

An investigation has been launched and police are said to have removed the digital video recorder (DVR) of a surveillance system that was set up at the Lewis residence.

After the news broke, condolences poured out on social media to the relatives of both men.Chambers is described as someone who was serious about his job as a police officer and very positively involved with the development of the young people of Central Leeward, while Lewis was said to be a friendly person who is alleged to have acted ‘out of character’. (Searchlight)