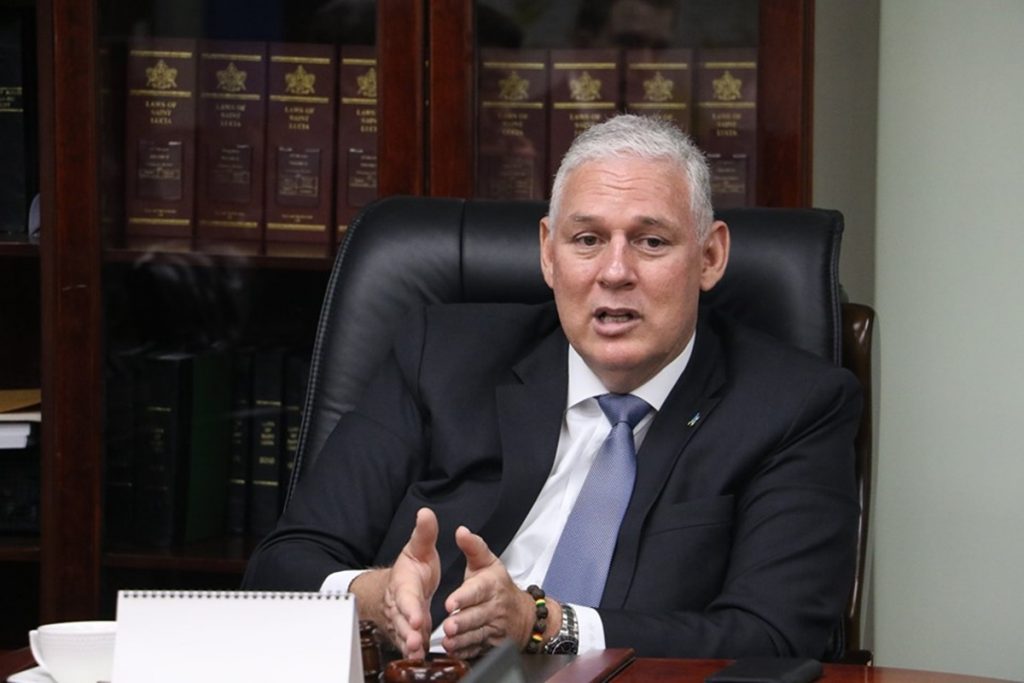 (St Lucia News Online) — Prime Minister Allen Chastanet is adamant that his government will not cut the pay of civil servants even as the island faces the coronavirus pandemic.

Speaking to reporters outside parliament earlier on Tuesday, he stated that the government is committed to honoring its collective agreement on salaries.

Some unions in Saint Lucia, such as the Royal Saint Lucia Police Force Welfare Association (PWA), have already made it clear that they will not accept any pay cut or deferments to salaries at this time.

A meeting was held with unions on Monday night, and according to Chastanet, a decision was made to push back what was due to civil servants from April 23 to April 30, however, his administration has no intention of imposing anything on them.

“If in any way what the government has proposed is perceived by anyone as biased or selective, we are prepared to amend wherever possible,” Chastanet stated. “What we have realised, and we have realised for some time starting back in March where I have been making pronouncements to the general public and everyone, is we need to get into the idea of rationing.”

He pointed out that based on the coronavirus pandemic and its impact on the economy, the government has to ration cash.

“This is why we have met with the unions to indicate to them that we do not want to renegotiate our collective agreement, but what we are recommending is that government find a way to convert some of the cash payments into bonds and we are open to any ideas that they have on how to do that,” the prime minister said.

Meanwhile, economist and businessman, Everistus Jn Marie, is of the opinion that a salary cut to public servants at this time will not be an answer to the decline of the country’s economy due to the virus.

“Government would be exacerbating the problem of declining consumer demand, already created by job losses in the tourism sector, by reducing public servants’ salary,” he wrote on Facebook. “And in so doing increase the risk of more businesses going to the wall, with the consequences of more job losses and a further decline in consumer demand.”

He pointed out that what the government should do is seek a delay or suspension in its payment of the debt, which is likely to be secure in the circumstances.

“The government needs to provide assistance to displaced workers to keep the economic engine of the country running,” Jn Marie stated. “It is in times like these that government has to avoid what would in the business world be the norm: cut salaries and lay-off workers. A reminder to those in-charge that government is not a business, it’s a facilitator of business with its main responsibility being the protection and well-being of its citizens. In the current circumstances, it would be excusable if the government were to borrow for a limited period to pay salaries to help the economy stay afloat until better days arrive.”