The Director of Sports, who is also a member of the Athletes Development Assistance Review Panel (ADARP), Heather Samuel-Daley, has expressed disappointment with what she termed the low number of nominations for both the association and club of the year awards for 2019.

Revealing that only three associations made nominations in both categories, Samuel-Daley, who was was also a member of the judging panel, said some federations bluntly refused to make any submissions.

“Some of them were saying that if we [Ministry of Sports] don’t give them any money, then why should we want their financial report? But it also helps us as the body that adjudicates funds to the associations to determine – or to submit to the Ministry of Sports or suggest to the ministry — when it’s budget time that the allocations to the associations is not enough. So, if we are going to give funds to any association then we would like to know what other responsibilities they have,” she said.

For the association of the year award, there were nominations from swimming, basketball and fencing, while swimming, athletics and cycling made submissions for the clubs of the year.

The former national sprinter said associations like football and cricket would have erred in not nominating a particular club that would have done extremely well through 2019.

“We have a lot of associations that have clubs so to get only three is a little worrying but I know that, for example, football and cricket could have nominated the same [club] which is Liberta. Liberta won the tournaments [football and cricket] locally, they had two West Indies selectees [Rahkeem Cornwall and Hayden Walsh Jr] so it would have been a little bit more challenging than to just say pick the club from swimming,” Daley said.

The Antigua and Barbuda Swimming Federation was named Association of the Year, while The Riptide Swim Team/Antigua Swim School was named Club of the Year when the Vita Malt National Sports Awards were held on February 15 at the Casa Palmadita restaurant in Fitches Creek.

Daley explained that the associations were asked to submit a number of relevant documents to include financial statements, calendar of events for the year being judged along with results.

“For the association of the year, we felt that swimming has several activities throughout the year. They submitted their strategic plan up till 2024 and we felt that they had enough competition regionally and internationally and the results were favourable,” she said.

“In terms of the club of the year, we believe that the swim club would have done enough throughout the year in terms of participation in the national championships, participating in community events and I think they had their own swim meet and so on so we looked at things like those,” she added. The ADARP judges’ panel consisted Michael Freeland, Aldo McCoy, Cliff Williams and Marylin Yankey. The panel was headed by Daley. 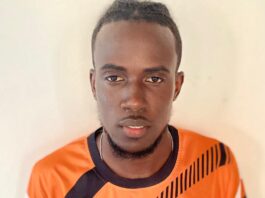 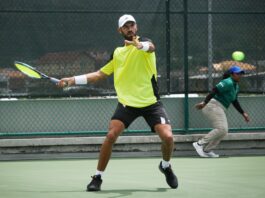