With thousands of residents expected to adorn themselves in something blue today in recognition of Autism Awareness Month, an expert in the field is not only warning of the prevalence of the disorder but describes the worsening situation as “scary”.

The country’s sole speech and language pathologist, Mona Gardner, explained that while statistics around autism and other similar disorders are lacking in Antigua and Barbuda, in her practice she diagnoses at least three children with autism almost every week and she is placing residents on notice that the number of children on the autism spectrum will increase.

“The prevalence of autism in Antigua and Barbuda is higher than we thought. You would be surprised to know that in the next three years it is going to be at least 40 percent of the preschool population who are [autistic] and that number is going to go up,” she warned.

Gardner explained that the reason for the perceived increase in prevalence for autism is not yet known since it cannot be attributed to over-diagnosing due to an increase in screening.

According to the Autism Society of America, the disorder is a complex, lifelong developmental disability that typically appears during early childhood and can impact a person’s social skills, communication, relationships, and self-regulation. Autism is defined by a certain set of behaviours and is a “spectrum condition” that affects people differently and to varying degrees.

While there is currently no known single cause of autism, early diagnosis helps a person receive the support and services that they need, which can lead to a quality life filled with opportunity.

It is for this reason that Gardner is urging parents and others in the child development field to pay keen attention to possible developmental delays children may display in early childhood, noting that 90 percent of a child’s brain is developed by the age of five.

The speech pathologist said, however, a child who is diagnosed after five years old is not hopeless, but the success of interventions is reduced.

She said that early detection also allows parents to plan the future of their children more effectively with a better understanding of their unique needs.

Last week, Gardner collaborated with the Paediatric Department at the Sir Lester Bird Medical Centre to host a two-day specialty clinic where children between the ages of zero and five were assessed for early indications of autism and other forms of speech and language delays.

For the Head of the Paediatric Department Dr Shivon Belle-Jarvis, the clinic was timely since 12 families were able to access a service, which for some was just a dream, and are now equipped with tools that will help to assist their children.

“One of the things that I am happy about is, starting from this clinic, is a clinic that will be consistently happening on a three-month basis, free of cost, which for me is good news and excellent news for families and patients,” she said.

Dr Belle-Jarvis, who thanked Gardner for contributing her service, said the clinic also highlighted the need for paediatricians within the hospital to build capacity such that they can act as intermediaries until such time that these children can be seen by a speech pathologist.

She said medical professionals have indeed been seeing an increase in the number of children affected by developmental delays and she is also stressing the need for parents to not only be able to identify the “red flags” to look out for but also understand when they should seek assistance.

Dr Belle-Jarvis said, to this end, parents and others involved in child care should be involved in workshops that will help to boost early referrals.

World Autism Month is marked each April. Today residents across the country will be donning blue colours in honour of national ‘light it up blue’ day aimed at raising awareness of the condition. 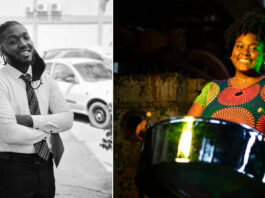 Two nationals advance to the semis of virtual pan competition

Villa man jailed for one year for breaking into House of... 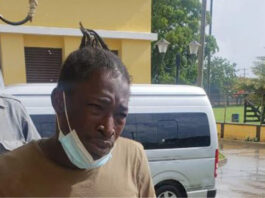 Man who allegedly killed his uncle to appear in High Court’s...