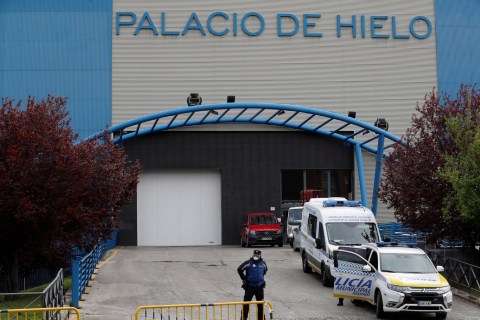 (CNN) – An ice rink in Madrid has been turned into a temporary morgue as Spain tries to cope with the fallout from its rapidly spreading coronavirus outbreak.

Bodies of people who have died of Covid-19 are now being transported by the country’s emergency military unit to the Palacio de Hielo, or Ice Palace, in Madrid’s Hortaleza neighborhood, the Madrid regional president’s office told CNN on Tuesday.

The regional government said this was a “temporary and extraordinary measure” designed to “lessen the pain of the families of the victims and the situation that’s being recorded in Madrid’s hospitals.”