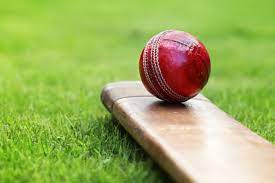 The West Indies, despite a stellar performance in the first T20 match last week, could not find that winning formula on Sunday as they were defeated by 16 runs by South Africa, leveling the series at 1-1.

Playing at Grenada’s National Cricket stadium, the home team won the toss and decided to field hoping to give some added pressure to the batting style of the Proteas.

That game plan however was thwarted as the visitors, led by skipper Temba Bavuma with 46 runs, and teammate, Reeza Hendricks with 42, surged to an overall total of 166 for 7.

Quinton de Kock also had a commendable time with the bat, recording 26 runs.

West Indies Obed McCoy took three wickets during that tenure while teammate Kevin Sinclair was one short of McCoy’s tally with two wickets.

In reply, the West Indies, despite a 35-run performance from batsman Andre Fletcher, and a 34-run complement by Fabian Allen, could not take a 2-0 lead as they fell for 150 for 9, missing the required mark by some 16 runs.

Linde was later named man of the match.

Both teams will look to take a 2-1 lead in the five-match series as the third encounter is scheduled to take place on Tuesday starting at 2 pm.