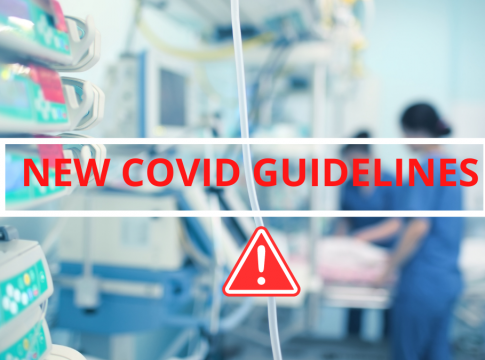 With the country recording over 100 active cases of Covid-19 for the first time in several months, the government has moved to mandate further restrictions on social gatherings.

Recent data from the Ministry of Health showed 24 new Covid cases were recorded during this week, which pushed the active figures past the 100 mark. As a result, the restrictions have been tightened in a bid to arrest the increase in infections and try to maintain some semblance of control, while it is still possible.

Effective immediately and initially for two weeks, all social gatherings are limited to 10 persons – down from 25 – with the exception of churches (for regular services), restaurants and the public market. These excepted places will be allowed to continue operating at their capacity, allowing for the appropriate physical distancing.

The government also says it is encouraging all persons to stay home as much as possible, “except where it is absolutely necessary”, to limit contact with other residents.

The recent uptick in Covid-19 infections is particularly relevant as the increase could affect the country’s standing with its major tourism source markets, the United Kingdom and the United States.

Both territories had Antigua and Barbuda in their respective lowest Covid-19 risk category for some months, as there were no active infections for many weeks.

However, a few days ago, the US Centers for Disease Control and Prevention (CDC) moved the twin island state into its Level 2 or ‘Moderate Risk’ category.

Antigua and Barbuda’s placement on the UK’s equivalent ‘green list’ was also with the condition that the country could be moved to the ‘amber list’, depending on a change in the Covid situation. When the next update to that list is published later this month, it would therefore not be a surprise if that had been done.

The government has reiterated on many occasions that the management of the pandemic is directly linked to the country’s economic prospects, mainly due to the dependence on tourism and engagement with the aforementioned source markets.

Additionally, while the government made the decision to allow access to the beaches during the most recent holidays, it was noted that there was not strict adherence to the protocols, and as a result, the beaches will be closed for the upcoming holiday on August 26.

As far as the nightly curfew is concerned, no change has been made, meaning the 11pm to 5am restriction remains in effect.