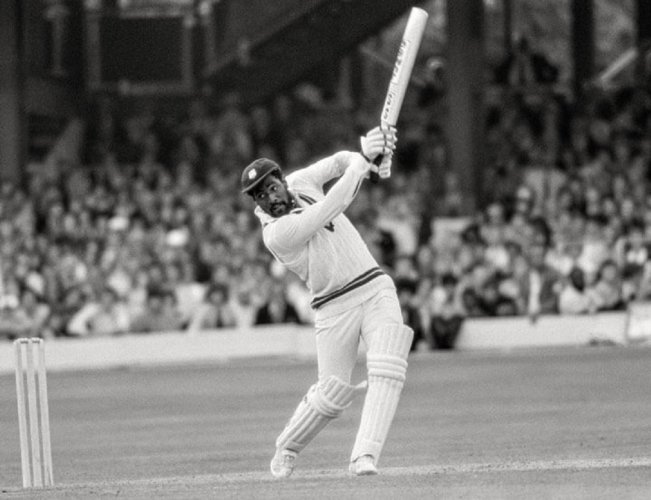 An attempt during a 1991 home series against Australia to drop three West Indies stalwarts at the time played a major role in a decision by then captain and Antiguan, Sir Vivian Richards, to leave international cricket just a few months later.

Sir Viv said the mood during the selection meeting was like “going to war,” adding that he saw it as a personal attack against his success as a leader at the time.

“When we played down here the [my] last time against Australia and, may God bless some of their souls in terms of some of these individuals who were sitting on that particular [selection] panel, but they wanted to drop Gordon Greenidge, Jeffrey Dujon and Malcolm Marshall and telling me as captain that these guys had passed their prime,” he said.

“I just felt that there was a serious effort because of my captaincy and we had some good runs and somebody was trying to disrupt that whole process of me not being successful or being a successful captain and that is why, when we went to England after, that it brought in that whole retirement factor, Viv you got to get out of here,” he added.

In the end, Viv had his way and the targeted players did not disappoint their captain as Greenidge slammed 226 in the second innings, Marshall claimed a total of six wickets for 95 runs and Dujon held four catches behind the stumps to propell West Indies to a convincing 343 runs victory over the Australians.

Sir Viv, who was still visible passionate about what had transpired back then, recollected that the selection meeting went on for quite some time as he was determined to have his best squad in the field.

“In that particular Test match in Barbados, Gordon Greenidge went out and scored 200 and Malcolm Marshall went and cleaned up as well and got a five-for as he would call it. They wanted to drop three senior individuals in a series as crucial as that against South Africa. These things are long gone anyway but I had to fight. You know how long that meeting went on for? I had to go to my room and go back and all sort of things man. It was like, you guys can’t be serious and I had to leave and go back. Can you imagine that?” he said.

The incident, Sir Viv said, turned out to be a major motivating factor for the players.

“That whole mood that evening just changed and I am one of those guys who is pretty loyal to my players because the selectors don’t walk out on the field and spend all that time on the field in that hot sun at times, they are not out there with me so whatever transpired during that particular selection meeting, I had to relay that to my players as that motivational factor as well so and it worked because the guys came out firing. You dig where I am coming from?” the former captain said.

Sir Viv, who cracked 99 of 156 balls in the second innings of the match, left Test cricket later that same year, playing his last match in August 1991 against England at the Oval in London. The match was also the last for Marshall and Dujon.