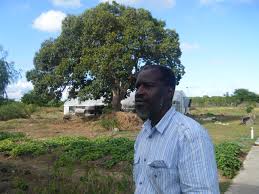 The Sir McChesney George Secondary School in Barbuda is likely to remain closed until September 14.

Principal John Mussington said onsite construction is preventing the students from starting classes before that date.

“Due to construction activity which is presently taking place at the school we have been forced to delay the opening of the school. So tentatively we have set the 14th for our opening day but even that is dependent on the assessment we will make at the end of the week with regards to how far construction activity has progressed,” Mussington explained.

The construction work also involves upgrading the school plant to meet the space requirements under the universal education programme.

Construction was expected to start after 2013 when universal education was introduced in Antigua and Barbuda.

The upgrade however only began last September. Due to the late start, Mussington said that the much needed works won’t be completed until the end of the first term of the academic year.

As a result of the low bandwidth on the sister isle, students are also unable to engage in online learning on Barbuda, Mussington added.