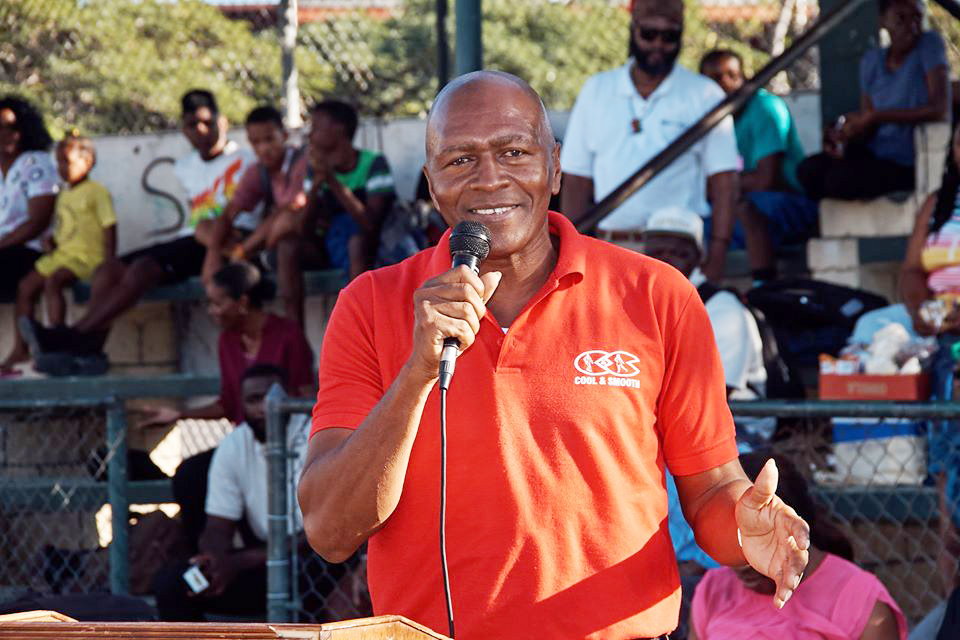 The basketball unit of the Ministry of Sports will be the first sports department to offer online training sessions to student athletes starting from today.

Last week, the unit launched their program with an introductory video explaining to the junior ballers about the various skills lessons they will be learning from Mondays-Thursdays. The sessions will be done on the Cool and Smooth Inter-School Basketball Facebook page.

Carl “Bowlie” Knight, the Schools’ Basketball Coordinator went into more detail on what brought about this new initiative.

“Because of Covid-19, we recognised that our students were at home, and so just like the teachers were reaching their student at home on Zoom and other media, we thought hat we had to do something also because we are working, and so we came up with the idea to do an online video to reach our boys and girls at home, and we are going to be putting that on from Monday-Thursday and then on Fridays the students will then send back in a video of themselves doing some of the drills that they were taught throughout the week and the person who gets the most likes, will receive a prize from our sponsor, Cool and Smooth.”

The former national basketballer also shared information on plans they are putting in place. He says that in case they do get the go ahead to begin face-to-face training with the youths, there will be a limit to the amount, and coaches are already being told to host sessions at various times. But in terms of the hosting of their competition in January, Knight revealed that if restrictions are still in place they may have to resort to other measures.

“When January comes around, that is when we usually have our tournament [but] we are not certain that there’s going to be the regular basketball competition, league and knock-out and so forth, and if there is no regular tournament, we will put on something like we do when we have the All-Star Festival, the individual competitions. The speed dribble, shoot-out, you know things the athletes can do by themselves and with not anyone marking them and these sorts of stuff.

“We have a full packed program right down until June next year because we are working, and we are a part of the government system, and we want to make sure that we earn our keeps,” Knight added.

Meanwhile the Central Basketball Confederation (CBC) will be hosting online training sessions for referees. The sessions will begin on June 8th till August 14th from 7:00 pm – 8:30 pm via Zoom. Four modules will be conducted and will focus on various aspects of the game, on and off the court. All interested individuals are asked to contact the local basketball General Secretary, Jennell Willette, or email directly Mr. Freddie Browne at [email protected]