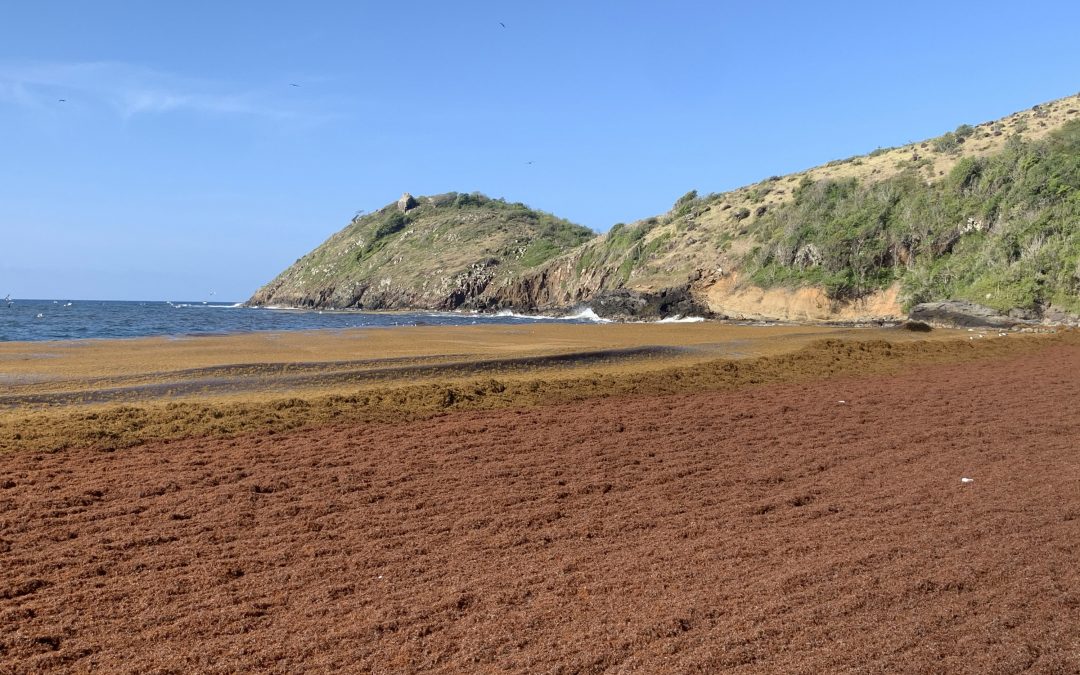 By Adia Wynter
Plans are underway to hire a contractor for the gathering and removal of sargassum seaweed which has again been blighting Antigua’s beaches.
The buildup of the foul-smelling seaweed is an annual disturbance for hoteliers and beachgoers alike. Minister responsible for the blue economy, Dean Jonas, spoke with state media on plans to have the weed piled up and dumped at an earmarked five-acre site.
“Sargassum can be a problem, and it can also be an opportunity. The ministry of health and environment has already begun to work towards getting a contractor to pick up the seaweed,” Jonas said.
Ideas of incorporating the seaweed into compost, as well as finding other innovative ways to use it, were mentioned. Jonas also spoke of the possibility of selling it to farmers.
“One of the ways to recover the costs is to use it as a compost. So basically, what they would need… [is] finding a piece of land somewhere where they can put this sargassum and use it and convert it into compost. Then, to recover your cost, you could sell it to farmers or give it away.”
He continued, “It can be used to make bags… so instead of us importing these materials, there might be a way that we can convert it into these kinds of uses.”
Jonas called on the nation’s innovators to express their creativity and potential by looking at inventive ways to use the seaweed.