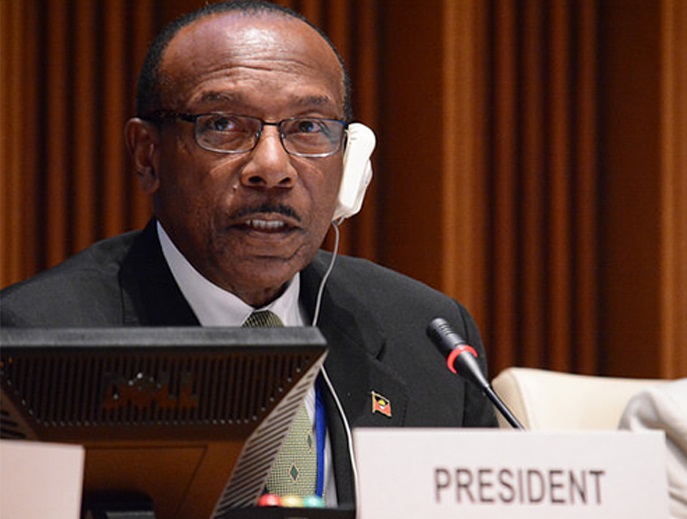 People violating safety protocols by staging private parties and other social events with large gatherings are being warned they risk prosecution.

Health Minister Molwyn Joseph told Observer radio yesterday that the country was facing a “crisis” due to residents “not exercising personal responsibility” in curtailing the spread of the coronavirus.

He pledged to bring the matter before Cabinet yesterday.

“It’s very upsetting. We have healthcare workers working overtime to arrest the spread of Covid-19 in this country while people go frolicking around as if everything is normal. It’s like carnival,” he said.

“We know there are private parties being held and I am going to be asking for more strict enforcement of the regulations and the law.”

Antigua and Barbuda has recorded 66 laboratory-confirmed cases of the virus since the outbreak of the pandemic. There are an additional four tests currently being analysed from Hodges Bay resort workers who showed positive results from rapid antigen tests carried out by a private physician at the weekend.

And four tests recently conducted using the government’s PCR machine on Cubans being repatriated were also deemed indeterminate and have been sent to the Caribbean Public Health Agency (CARPHA) in Trinidad for further scrutiny.

Meanwhile, government is poised to roll out mass Covid testing of workers in institutions across the country, including schools, the hospital, the national prison, the Fiennes Institute for the elderly and vulnerable, and Clarevue Psychiatric Hospital.

Minister Joseph said the prison, which this week saw the resumption of visits to inmates, had seen no cases of the virus to date. Penal institutions are notorious incubators of disease, particularly when over-crowded as Antigua’s prison is.

“Prison staff will be tested for Covid as a matter of priority because they are the ones that leave, go out into society and come back. The prisoners being confined will be tested eventually, but workers are the priority,” Joseph explained.

“And that goes for every institution in Antigua and Barbuda … where you have a lot of physical interaction between individuals, the workers must be tested as a matter of priority.”

Minister Joseph also said people leaving quarantine facilities would now be tested for the virus before heading out into the wider community.

“That was not done before,” he continued. “The practice has been that they would spend the 14 days in quarantine and then go straight home. We are going to take an additional precautionary measure.”

He said the PCR method would be used for the tests.

Further details on the country’s response to fighting the coronavirus are expected to be revealed at the post-Cabinet press briefing at 9am Thursday.