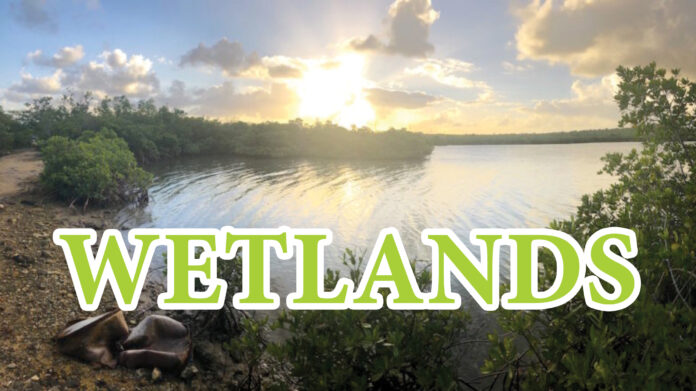 Just days after the world celebrated World Environment Day, members of the public are once again being encouraged to join the fight to save one of the country’s most valuable wetlands.

For months, environmental activist Raul Samuel has been calling for support in the campaign to protect Seaforth beach and the surrounding mangroves – which form part of the site designated for the country’s second Special Economic Zone.

Samuel, while speaking to this newsroom, emphasized the potential impact of the planned development.

“The thing is, for every human being to exist, you must have a healthy environment. You cannot have a healthy environment and healthy people. We have the whole issue of carbon being pumped into the air by cars and burning fossil fuels and all that. It affects every single person, though we might not be dropping dead daily, but it is very important that we understand that the mangroves down there, the forest down there what it does; the oxygen that we breathe, the trees help to produce it.

“They take the same very carbon that we are worried about out of the air, the carbon which is driving up global heat levels and the more we take them down, the less fresh air we will have. We are experiencing hotter days. We are experiencing longer droughts and now we can’t get water. Our ponds are dry, yet they are going to be removing more trees so that we can put rich people up in there to enjoy themselves and when it all goes bad, then they go back to where they come from and leave us to pick up the pieces. That is the importance of it in a nutshell,” Samuel said.

He added that it is not surprising the government has given the developer the ‘green light’ to continue the plans, but highlighted that their failure to acknowledge his concerns has only inspired him to fight harder.

As part of the petition to prevent the development, Samuel’s campaign is calling for donations toward legal assistance, and the activist urged residents to look at a similar ‘failed’ development for motivation to help.

“It is very important that we do something about it. We did not do much or enough with YIDA and we see what has resulted with that. They tore up the mangroves, they have the buildings up there just sitting there and we are getting no benefit from it.

“We cannot allow this to happen, so I am asking everybody to be conscious Antiguans and Barbudans, whether here or in the diaspora, to contribute at least $10 because one successful case is all it will take to stop this type of ill-advised development going forward and we can make a difference using the very laws we have on the books which they are now ignoring. We can use this to protect Seaforth and protect future sensitive environmental areas in the future,” Samuel said.

Hill was speaking on Sunday, World Environment Day, about the importance of commemorating the occasion.

She is urging all to buy local as a means of boosting environmental sustainability.

“If you can, as much as possible buy local foods. Buy your lettuce from a local farmer and go and buy some Antiguan dairy cheese. Get your local chickens from a local broiler. Buy local because it means then that you are reducing carbon emissions and they are also ensuring that, you know, it circulates in the economy,” Hill said.

She also spoke to what businesses can do to become more environmentally friendly.