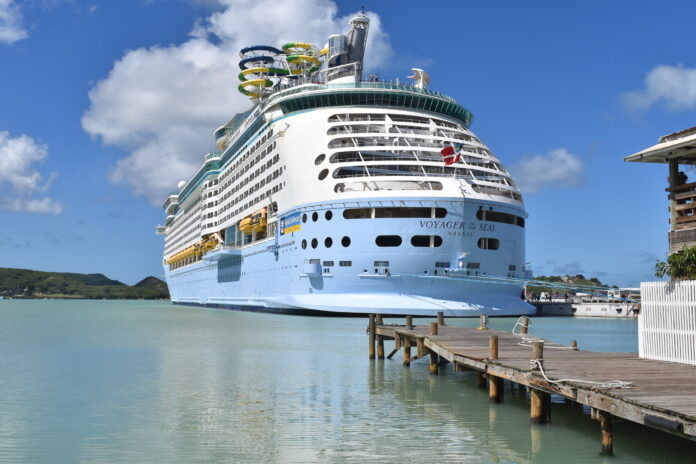 While cruise visitors continue to pour into St John’s, in what is being touted to be a bumper tourism season, many residents are concerned that small-time vendors in and around the city will continue to be “excluded” from the financial injection that others usually benefit from during this time of year.

It is estimated that close to 600,000 cruise passengers will visit the country during this winter tourism season – a welcome return to the type of figures recorded prior to the impact of the Covid-19 pandemic, and the potential earnings that could be realized as a result.

However, according to some residents who spoke with Observer on the matter, the return of that sort of volume and the earnings is not likely to benefit those who need it most.

“Yes, we’re expecting many ships and thousands of visitors, but who will really benefit? I don’t think it’s the man selling printed t-shirts at the side of the road or the woman selling handmade bracelets alongside him.

“Let’s be real, it’s only the people who run the fancy bars and restaurants out of town that are going to be smiling when this is all over, and that’s so sad, especially coming out of the pandemic,” ‘Stacy’ from Fort Road asserted.

She added that, “there has to be some way for them to ensure that the small man gets something, perhaps from all of us, because he doesn’t need as much as the big business people. Even a quarter of what the store owners and tour people get could satisfy all the ‘little men’ in and around town’.”

Stacy was joined in those sentiments by ‘Ras Junior’ of Jennings, who went a bit further and suggested that more direct efforts should be made to include the small-time vendors in the whole process.

“You have a man that makes smoothies just a couple hundred feet away from the pier, why not get him a space to set up by the exit, so that the people leaving the ships can get fresh smoothies before they start exploring the island?

“Something as simple as that can help boost the man’s business. And they can’t even make excuses that the tourists won’t want that, because the smoothies taste damn good.

“It’s one thing to say you want to help everybody eat food, but it’s another thing to actually do something so people can see that you trying. At this point, we only hearing a lot of talking, but not much doing,” he said.

Similar concerns have been raised recently by some of the vendors who ply their trade in the Heritage and Redcliffe Quay areas. They are bemoaning the fact that, based on current protocols, the cruise visitors are collected close to their vessels by taxis and whisked away out of town on excursions.

When they return, they say the visitors are dropped off close to their vessels, which means – with the exception of those who go out of their way to peruse the vending areas – many of the visitors don’t ever set foot inside one of the stalls in either Quay.

The government has acknowledged those cries and assured that the Ministries of Tourism and Health are working on adjusting the protocols to encourage more engagement by the visitors with the vendors, but no assurances have been given on when a resolution will be found and put into effect.

Situations like this, Kelly from English Harbour says, happen far too often, while people suffer inadvertently.

“One of the biggest issues I see affecting the tourism sector, as well as other industries in this country, is bureaucracy. Sometimes there are things that require obvious changes – changes that could be made in real time, and that could transform people’s lives – but it takes so long to discuss and then get approvals before anything can be done.

“By the time they’re done all that, the season is over, the money starts drying up, and the people who the changes could help are stuck in the same situation.

“So, for example, the vendors voiced those concerns [about the patronage from cruise visitors], how long do you think it’s going to be before anything changes? Let’s wait and see,” she said sarcastically.

For years, tourism officials have been accused of focusing too much on the top of the pyramid and not nearly enough on the bottom, where the needs are considered much greater.

The officials continue to insist, however, that the goal is to ensure the entire country benefits as much as possible from the economic mainstay, and that continuous improvements are being made toward the best experience for both visitors and locals who participate in the trade.