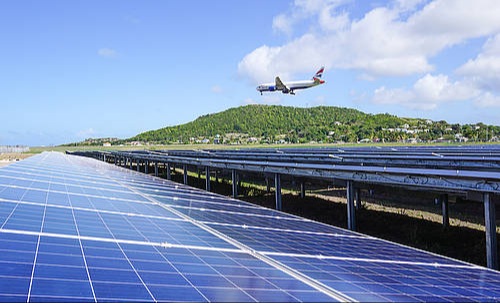 Plans to power more of the country through solar and wind energy and reduce the country’s reliance on fossil fuels are gathering momentum.

The government is set to embark on a nationwide survey to seek the views of the general public in crafting a path forward towards a cleaner, greener Antigua and Barbuda.
Senior environment officer Daryl George told Observer, “The survey is very important because it will help the Department of the Environment and, on a wider scale the government of Antigua and Barbuda, to be able to better plan and make decisions around using and integrating renewable energy, especially for low income and vulnerable households,” George stated.

In addition to a cleaner environment, government also hopes harnessing the country’s abundant sunshine and wind will translate to lower electricity bills too.

The senior officer added, “We all know Antigua and Barbuda is a small island developing state that is vulnerable to climate change so we become a part of the solution by reducing our dependence on fossil fuels but we also hope to help a lot of persons to save money by turning to renewable energy sources,” he added.