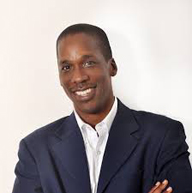 Director of Caribbean Development Research Services (CADRES) is of the opinion that a survey is not of the utmost importance at this time, in contrast to others who posit that a survey could be integral to governments using their resources to convincing others to be vaccinated.

The notion has been thrown around that with these surveys, governments will be able to get a better understanding of how exactly their populations stand on the matter of the Covid-19 vaccines. This, they say can only be a plus, as it will aid in governments being able to plan and allocate resources for the right educational programs.

However, Peter Wickham, despite his role, is adamant that at this time the focus should be on distributing the vaccine to as many people as possible.

“One of the issues with research is it is expensive, and the other one is that it’s time-consuming. We’re looking at a pandemic that has ravaged our economies. We need to get ourselves in shape in time for a summer, if not certainly the winter season, and I think, we need to get home as quickly as possible with the vaccine, the vaccine offers us the best possible option,” Wickham said while speaking exclusively to Observer media yesterday.

“While I am a professional researcher, and earn a living that I appreciate that, you know, to spend lots of money and time trying to research what appears to be a vocal minority. I don’t know, that it is a judicious use of resources. Spend your time or resources on identifying the best possible mechanism to ensure that the largest number of people possible in the vulnerable groups, get the vaccine and get it quickly.”

He says based on the evidence around him, he is not convinced that there is a great number of anti-vaxxers themselves. Instead, Wickham is confident that the greater majority will take the vaccine as a number of factors will convince them to do so, travel being the main one.

In fact, Cabinet mentioned just yesterday that they are considering making provisions for “vaccine passports” to assist with the likely future requirements for international travel. The idea of “vaccine passports” has been bandied about for several months, as countries look to relax strict travel restrictions, while still appropriately protecting their populations.

Wickham, however, said that once the vaccines have been distributed, a survey can be done to assess how far along countries are toward achieving herd immunity.

“I would say that when you are in a position that you have distributed all vaccines that you have available and you feel more comfortable, you can do an assessment and see if you’ve reached immunity, and if you haven’t, then perhaps there can be some remedial efforts made to reach that, but I think the likelihood that you won’t reach it is really variable,” Wickham advised.

Wickham, who is also a well-known political advisor, is suggesting that government ministers take a step back in the vaccination process as persons tend to politicise matters. This, he says, could help in curbing the constant opposition that the government is now facing over this matter.

“Even though government members may want to be the driving process to get it done quickly, try as hard as possible to identify the Chief Medical Officer, the Chief Immunisation Officer, persons from the army and see if you can get as many of these people in the frontline as possible. Perhaps even create a vaccination committee that is led by someone else. See if you can get the Minister of Health to back away as well.

He noted that the two opposition parties in Antigua and Barbuda — the UPP and DNA — also have a part to play in this matter as well.

“I think it’s also important that the UPP and the DNA, you know, are involved vocally and actively in terms of receiving the vaccine and also in terms of encouraging and finding ways to distribute it or not, I certainly think that that can help but the politicisation of these things is sadly, a recurring issue definitely in most of our Caribbean islands, and Antigua is no different, and it doesn’t help; I agree that it doesn’t help the situation,” he concluded.