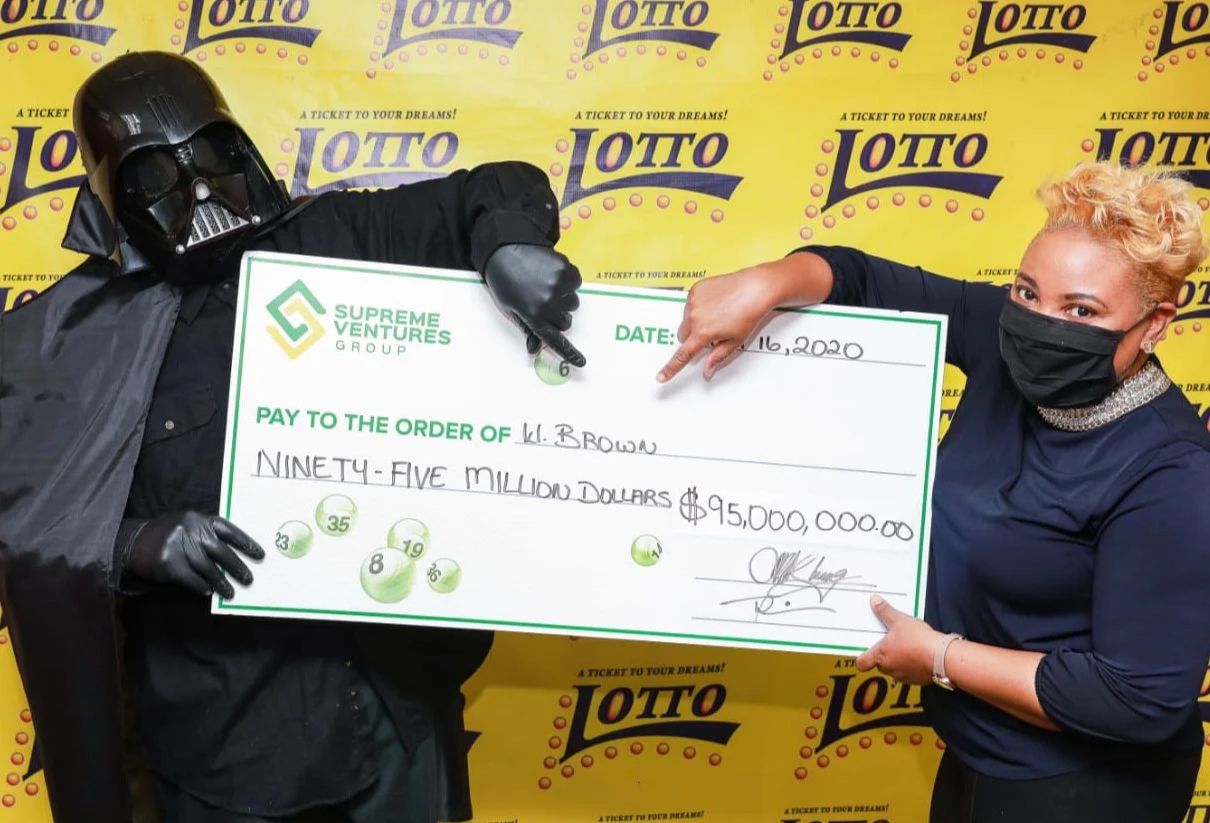 (Jamaican Gleaner) – The newest Lotto millionaire is counting his win as a blessing in the nick of time.

W. Brown bought the winning ticket earlier this month at the Di Endz Sports Bar in May Pen, Clarendon to secure the $95 million jackpot.

“I don’t regularly buy from that place, I usually purchase my ticket in Old Harbour or Spanish Town, but I was on the road so I just stopped there,” he said.

Brown also said he bought the same set of numbers with a few replacements over the past 20 years saying they were inspired by ‘rakes’ and meanings that he has come across.

He said he always knew that he would win the jackpot and change his life for the better.

“Life has always been very rough. I come from a poor family, sometimes I couldn’t attend school because my parents didn’t have it, but I told myself that God will help me one day so I can help my family,” he said.

According to Brown, he found out about his jackpot win when he watched the live draw on TV.

“I wrote down the numbers and saw that I won! I was excited and said mi finally hol’ him now! I then had a shower and went to sleep.”

Brown said he has not told many people of his winnings but is still thinking of a few things that he wants to do with his $95 million.

He also said he would buy a house and do some investing.